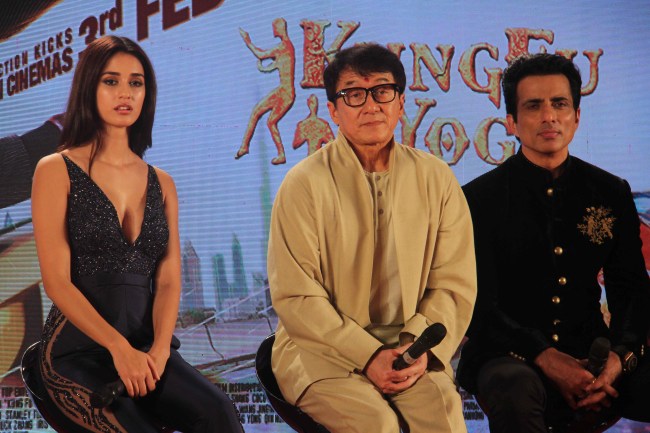 This has been one of the strangest years for Entertainment of my life. I remember writer’s strikes that nuked the typical TV and Film calendar but nothing like this global health crisis that shut down theaters worldwide and stopped Film and TV production for an indefinite period of time. Some productions have started back up already while others are waiting it out.

How does this affect the bank accounts of Hollywood’s highest-compensated actors? Well, not a lot because most of them are getting paid this year for projects that were already in the works before all of this happened. The list of the highest-paid actors in the world could look drastically different next year but that’s something we can talk about next year, for now we can discuss how Dwayne ‘The Rock‘ Johnson continues to dominate the business.

He is the highest-paid actor of 2020 with an estimated $87,500,000 in earnings for the calendar year. According to Forbes, he brought in $23.5 million from Netflix just for Red Notice alone. He’s also raking it in from his Under Armour line.

At second on the list is Ryan Reynolds. His 2020 estimated earnings sit at a cool $71.5 million primarily thanks to Six Underground and Red NOtice on Netflix. Netflix also announced a third film with the Just Friends star which is sure to earn him tens and tens of millions of dollars on top of his Aviation Gin checks.

Some other notable names on this year’s list of the 10 highest-paid actors include Vin Diesel who would’ve earned A LOT more if F9 didn’t get bumped to 2021 but he raked in a ton for his animated series. Bollywood star Akshay Kumar who I’m pretty sure I’ve never seen on screen before earned $48.5 million. And Jackie Chan rounded out the top 10 even though I honestly could not tell you the last time I watched a new Jackie Chan film. Apparently he’s still quite active though and appeared in five moves over the past year.

Here’s how the annual Forbes list of the highest-paid actors looks for 2020:

It’s pretty wild to see Lin-Manuel Miranda making more money than guys like Will Smith and Adam Sandler thanks to his Hamilton deal with Disney+.

Sandler continues to print money thanks to his lucrative deals with Netflix. I was as shocked as anyone by how enjoyable and easily-watchable Murder Mystery was with Jennifer Aniston. It was virtually the complete opposite viewer experience of Uncut Gems which felt like I’d overdosed on Mescaline and had to ride out a bad trip.

To see the full list on Forbes, you can click right here and check out more on how each of these actors got paid over this past year.