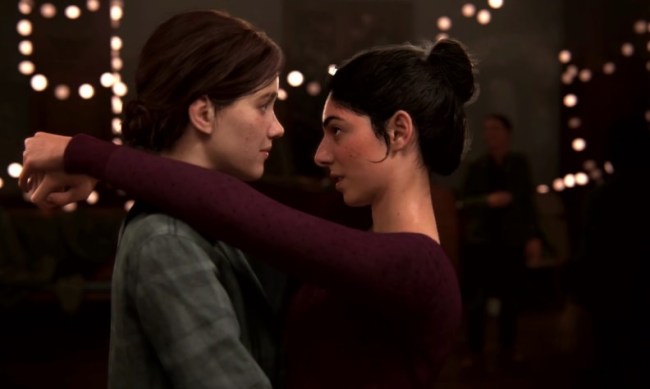 We have already seen the impressive display of highly anticipated video games from Microsoft at the 2018 Electronic Entertainment Expo. Sony also had their E3 2018 presentation and they showcased their lineup of exciting new titles that include Last of Us Part II, Ghost of Tsushima, Spider-Man, Death Stranding, and Kingdom Hearts 3. Here are the trailers, gameplay footage, and news regarding the upcoming PlayStation games.

THE LAST OF US PART II
Sony started their E3 2018 presentation with a 12-minute extended look at The Last of Us Part II, the sequel to the highly acclaimed 2013 original from developer Naughty Dog. An older Ellie is passionately kissing another young woman in a very tender moment. A second later, Ellie is gruesomely slashing someone’s throat open and calling him a “fucker.” Well, that escalated quickly. The gore continues as a man who is hung by his neck is repeatedly stabbed in the gut. What happened to the love-laden intro?

DEATH STRANDING
We also get an extended look Death Stranding starring Norman Reedus of The Walking Dead fame as protagonist Porter. The beginning of the 8-minute trailer starts with a happy little baby, stuck somewhere, and there are more babies throughout, some in yellow liquid. Death Stranding was developed by Hideo Kojima, who created the Metal Gear series. Lea Seydoux plays Sam Bridges and the game also stars Lindsay Wagner, Guillermo del Toro, and Mads Mikkelson.

SPIDER-MAN
Spider-Man will face off against a group of villains including Mr.Negative, Electro Scorpion, Vulture, and Rhino after there is a riot at a supermax prison in New York City. The upcoming Spider-Man game is made by Insomniac Games and will launch as a PlayStation exclusive on September 7.

GHOST OF TSUSHIMA
The 8-minute trailer Ghost of Tsushima looks absolutely stunning. This PlayStation 4 exclusive from Sucker Punch studios tells the story of the last samurai on the Japanese island of Tsushima, who battles a mighty Mongol army. There is no exact release date, but the gorgeous game is due out sometime in 2019.

KINGDOM HEARTS 3
While the Microsoft E3 showcase featured the cast from Frozen in the upcoming Kingdom Hearts III game, Sony’s presentation showed a game that features Pirates of the Caribbean. The Disney-themed video game by Square Enix will also be available in a special edition for PlayStation 4 when it launches on January 29, 2019, that includes the entire Kingdom Hearts collection.

RESIDENT EVIL 2 REMAKE
Capcom announced that they were remaking Resident Evil 2 three years ago and we get our first look at the reboot at Sony’s E3 2018 presentation. You get a viewpoint from a mouse in the Raccoon City Police Station, right as the zombie apocalypse begins. The Resident Evil 2 remake is coming to the PS4, Xbox One, and PC in January.

You can watch Sony’s E3 showcase in its entirety below and check out all of the news from E3 2018 HERE.