Earth’s Mystery Hum Recorded For The First Time Ever, But Scientists Still Don’t Know What It Is 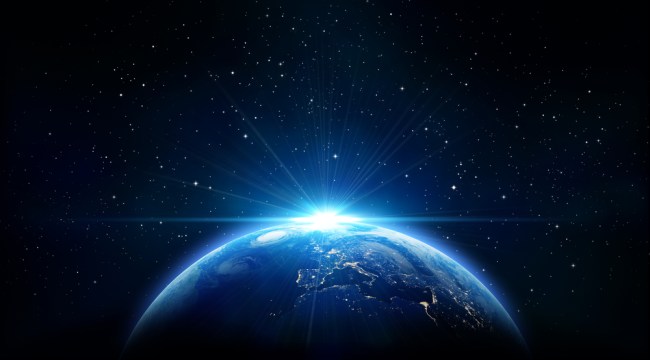 If your electronics or your car had a hum you would want to return them or have someone try to fix them. The Earth has a hum and it was finally recorded for the first time ever. The problem is that scientists don’t know what that mysterious noise means. Does Earth need its timing belt changed?

For over 50 years now, Scientists know that Earth constantly generates a low-frequency vibrational signal. Geophysicists call the low hum “free oscillations” of the Earth and they register as a background vibrational signal. But for the very first time in history, scientists were able to record the puzzling sound from the ocean. Scientists utilized seismometers at the bottom of the Indian Ocean to make the first direct observations of the Earth’s hum. They combed through seismometer records covering an area of more than 1,200 square miles on the Indian Ocean floor east of Madagascar over 11 months.

An international team of European geophysicists, led by Martha Deen, a geophysics Ph.D. student at the Paris Institute of Earth Physics in Paris, France, were able to record the bewildering hum. On Nov. 14, the geophysicists published their study in Geophysical Research Letters. The planet’s free oscillation produces an incredibly low-frequency sound, which is extremely difficult to record. Plus there are other sounds such as waves, earthquakes, and other glitch signals that can interfere and drown out the hum. The scientists placed multiple seismometers at the bottom of the Indian Ocean and removed all other noise to isolate the free oscillations. After the corrections, they were left with a signal that hums with a period of more than 30 seconds. The planet’s vibration peaks at several frequencies between 2.9 and 4.5 millihertz.

“Earth is constantly in movement, and we wanted to observe these movements because the field could benefit from having more data,” said Deen. Scientists have attempted to record the hum way back in 1959, but researchers weren’t able to prove the existence of Earth’s hum until 1998. There have been hundreds of attempts to record the Earth’s hum, but they have all been made using seismometers on land. This was the first attempt in the ocean.

“It’s like taking a piano and slamming all the keys at the same time,” says Spahr Webb of Columbia University’s Earth Institute, who was not associated with the study. “Except they’re not nice harmonics. They’re oddball frequencies.” Seismologists have proposed many different theories to explain the peculiar noise including atmospheric disturbances as well as ocean waves moving over the sea floor and wind motions around the globe caused by storms. But there has yet to be any single definitive reason named for the bewildering hum. It’s gotta be aliens living in the core of the Earth right?