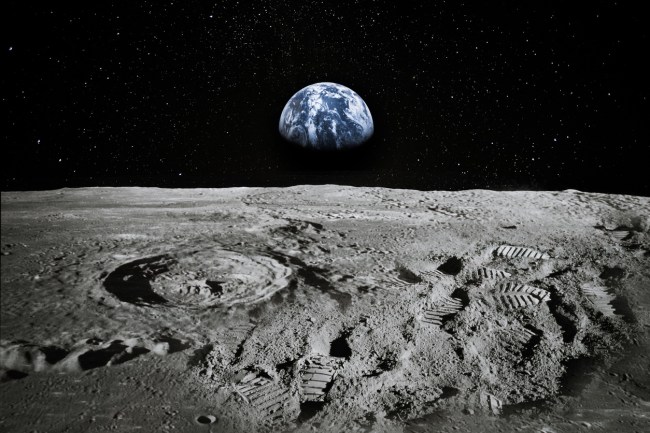 We just got a new moon! Astronomers have discovered a new moon, but don’t expect astronauts to step foot on the moon because it is tiny and it is leaving us before we could get there.

Astronomers Kacper Wierzchos and Teddy Pruyne at the NASA-funded Catalina Sky Survey (Not to be confused with the Catalina Wine Mixer) in Tuscon, Arizona spotted a minuscule object moving across the sky on February 15.

The days after the sighting of the mysterious blip of light at the University of Arizona’s Lunar and Planetary Lab in Tucson, six more observatories around the world spotted the object 30 more times. Researchers determined that the object had been orbiting Earth for the last three years, according to orbital trajectory calculations made by astronomer Tony Dunn.

RELATED: Scientists Found Breathable Oxygen In Another Galaxy For The First Time Ever

Scientists believe the object is a small asteroid that is gravitationally bound to the Earth. The Minor Planet Center said 2020 CD3 has “no link to a known artificial object has been found.” 2020 CD3 has an unstable oval-shaped orbit that circles the Earth about once every 47 days.

RELATED: Russia Plans To Build A Base On The Moon To Track Asteroids On A Collision Course With The Earth

But don’t expect humans to jump on a spaceship and land on the new moon. The moon is estimated to be the size of a car, about six feet to 12 feet. I shall call it “mini-moon.”

“The object has a diameter between 1.9 – 3.5 m assuming a C-type asteroid albedo,” Wierzchos wrote on Twitter. “But it’s a big deal as out of ~ 1 million known asteroids, this is just the second asteroid known to orbit Earth (after 2006 RH120, which was also discovered by the Catalina Sky Survey).”

(3/3) The object has a diameter between 1.9 – 3.5 m assuming a C-type asteroid albedo. But it's a big deal as out of ~ 1 million known asteroids, this is just the second asteroid known to orbit Earth (after 2006 RH120, which was also discovered by the Catalina Sky Survey).

Scientists believe that because the asteroid’s orbit is unbalanced, which will eventually cause it to leave Earth’s orbit. “It is heading away from the Earth-moon system as we speak,” said Grigori Fedorets at Queen’s University Belfast in the UK. Experts surmise that 2020 CD3 will break free in April.

This isn’t the first time that baby moons have been discovered orbiting around the Earth. Astronomers identified moons orbiting our planet in 2006 there was 2006 RH120 that broke the orbit in 2007 and shot into space. Then in 2016, but the meteor entered Earth’s atmosphere and burned up over Australia.

RELATED: Closest Mysterious Repeating Radio Signals Ever Discovered Coming From Spiral Galaxy Much Like Ours