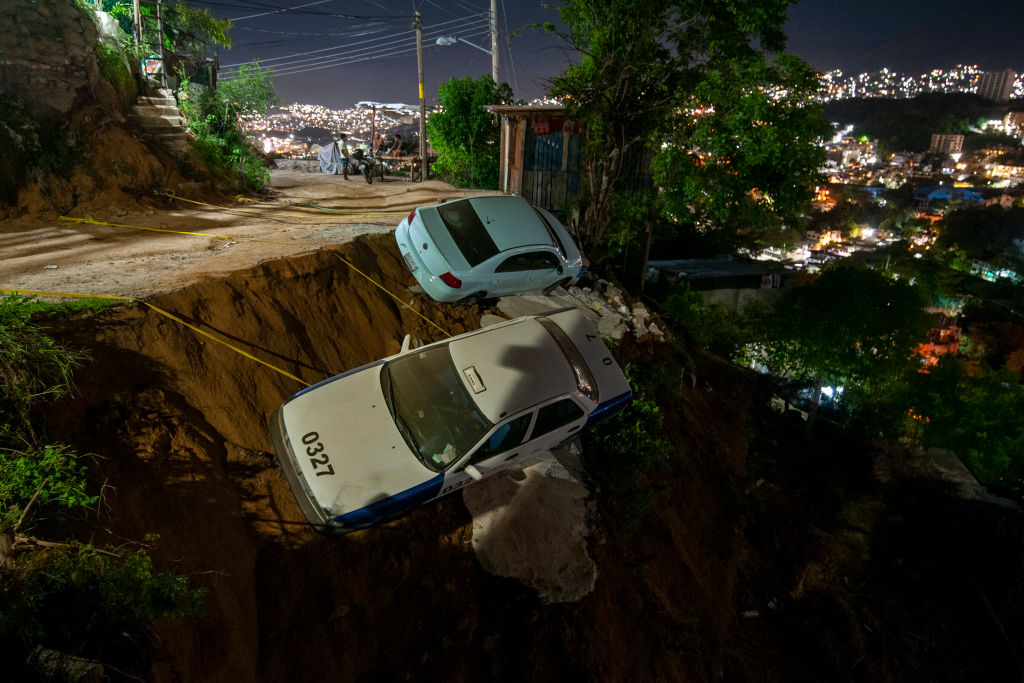 A 7.0-magnitude earthquake hit Guerrero, Mexico on Tuesday night, 11 miles away from the resort town of Acapulco. The quake rattled an enormous swath of land and most of Mexico City lost power 200 miles away.

Footage of the aftermath was shared far and wide on social media with buildings swaying, panicked citizens in the streets, and the nighttime sky erupting with rare natural blue lights. Initially, people on social media reported the blue lights in the sky were transformers exploding on the horizon.

‘Apocalipsis’ started trending in the aftermath of the powerful and deadly earthquake as the natural blue lights shined bright in the sky. These rare blue lights are called earthquake lights (EQL) and they’re a natural phenomenon that occurs at or near ‘areas of tectonic stress’. It is a natural phenomenon that we really don’t know much about, primarily because it’s quite rare. But these videos are surreal:

What you hear is the building crashing against the one next to it 🤯#earthquakeinthesky #Mexico #surreal pic.twitter.com/XNJESUdOew

Mysterious lights seen during the #Earthquake in Mexico … pic.twitter.com/7Ipzq8XPYS

Reuters is reporting there was no ‘significant damage’ in Mexico City despite the sky erupting with these ethereal lights. The lights were also seen in Acapulco which was close to the epicenter of the 7.0-magnitude earthquake.

One person was reported to have died last night in the aftermath of the quake as buildings all over Acapulco were damaged. And rescue works are just now making their way through the damage to further reports of injuries are sure to emerge.

These ‘Apocalipsis’ were previously seen in Mexico just a few years ago when a powerful earthquake hit. It’s believed the earthquake lights (EQL) are caused by the friction of rocks moving together during earthquakes and causing electrical activity in the air.