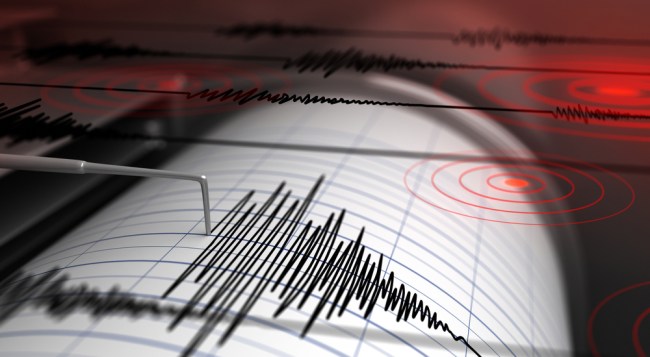 Two months ago, there was a reminder that California is overdue for a major cataclysmic earthquake after there was a swarm of small quakes. Now there’s a prediction that the Earth is entering a period of higher seismic activity which could mean massive and devastating earthquakes all over the planet. The reason for the quakes could be because of the Earth’s rotation slowing down.

About five years ago, scientists noticed that Earth’s rotation began to slow down. The slowing of the rotation isn’t noticeable by regular people and only changes the length of a day by a millisecond. However, there is a theory that the Earth’s rotation has a direct effect on the Earth’s core and consequently leads to more earthquakes.

In October, Roger Bilham of the University of Colorado in Boulder and Rebecca Bendick of the University of Montana in Missoula presented data suggesting that 2018 could have increased seismic activity around the world because of the slower rotation of the Earth. At the annual meeting of the Geological Society of America, the scientists released their paper that showed the scary correlation and found there was a 25-30% increase in the number of significant earthquakes associated with a slowdown in the Earth’s rotation.

“The correlation between Earth’s rotation and earthquake activity is strong and suggests there is going to be an increase in numbers of intense earthquakes next year,” Bilham said in November. “Major earthquakes have been well recorded for more than a century and that gives us a good record to study.” The research suggests that heavily populated tropical regions were especially vulnerable.

If the theory stands true, 2018 could see two to five more destructive magnitude 7 earthquakes than usual. But Bilham warned that the effects could be dire. “So far we have only had about six severe earthquakes [in 2017],” Bilham said. “We could easily have 20-a-year starting in 2018.” In 2017, there was a 7.1 magnitude earthquake that smashed Mexico City in September that took the lives of 370 people and a 7.3 quake on the border between Iran and Iraq on November 12 that killed 630 people.