This Study Showing What Americans Find Most Stressful About Eating Out At A Restaurant Is Utterly B.S. 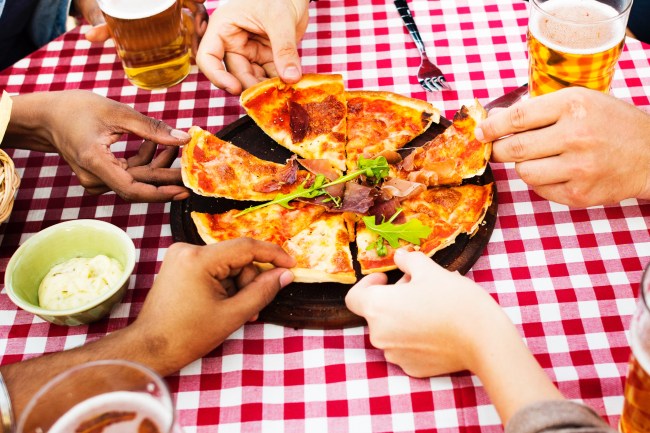 Eating out at a restaurant is supposed to be low-stress. I mean, isn’t that the entire point of going out in the first place, so that you don’t have to cook for yourself and can just scarf down the grub that someone else made? Obviously, right?

Well, as we all know, when going out to eat, it’s not always the most enjoyable experience. Whether it’s a rude waiter who seems pissed off at the world, a group of loud teens sitting next to you as they gossip about who the hell even knows what, trying to find a parking spot near the front door so you don’t have to walk a mile into a restaurant, or the worry about the total on the final bill, there are lots of things that can ruin a night out. Oh, and don’t get me started with how overwhelming it can be looking at a menu that’s five pages long — looking at you, Cheesecake Factory — because that can add some anxiety.

While all those things would seem like they’d bring some stress while eating out, a new poll actually says most Americans think it’s something else: figuring out what to wear. And, no, I’m not joking.

According to a recent poll that asked 2,000 Americans what stresses them out most when going to a restaurant, a whopping 65 percent actually admitted that they felt overwhelmed when choosing what outfit to wear to a restaurant. Additionally, one-third of the respondents said that choosing what to wear is more difficult than deciding where to eat. Are these people nuts?

Here’s a look at some of the results of the study, which has me questioning who some of these people interviewed were, because they sound a little too high-maintenance for me.

My goodness, it’s like this poll just DM’ed boujis Instagram influencers to get their take, because that’s all pretty insane. How can someone worry that much about their outfit before eating out? Don’t most of us just throw on whatever’s clean?

And, for those wondering, here are the five most stressful things about eating out, according to those who participated in the study.

For all those people who said “anything and everything” — which, somehow, is over a quarter of the participants — maybe eating out just isn’t for you. Hey, they make microwaveable dinners and frozen pizzas for a reason, guys.