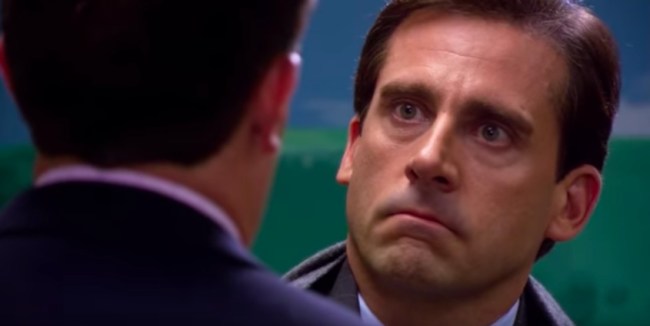 Steve Carell is one of the rare figures in Hollywood who, if you don’t like him, it says more about you than it does him. Not only are his roles in The Office, 40 Year Old Virgin, and Anchorman timeless, but virtually everyone in the “industry” praises him for his niceness and professionalism. His Office co-star Mindy Kaling once said this about him:

“It has been said many times, but it is true: Steve Carell is a very nice guy. His niceness manifests itself mostly in the fact that he never complains. You could screw up a handful of takes outside in 104-degree smog-choked Panorama City heat, and Steve Carell’s final words before collapsing of heat stroke would be a friendly and hopeful “Hey, you think you have that shot yet?”

Ed Helms, who plays Andy Bernard on The Office, recently stopped by The Dan Patrick Show to promote his new movie Tag. Helms recalled a scene so funny that he literally had to break character and dive behind a wall so he wouldn’t be seen laughing in the shot.

“[Steve Carell] just slays me,” Helms told Patrick.  “There’s something in his eyes. There’s a lot of time when I was doing a scene with Steven and I had to look at his chin, otherwise, I would just lose it.”

“There’s an episode where he’s playing Santa,” Helms continues. “Kevin is sitting in his lap, and he’s so awful about it, because it’s uncomfortable for him, and he’s just being really rude and weird and mean about it. I had to duck behind a plant — you can see in the actual episode. And by the way, that was like take 30, because I had been laughing in every single take. He’s a genius.” 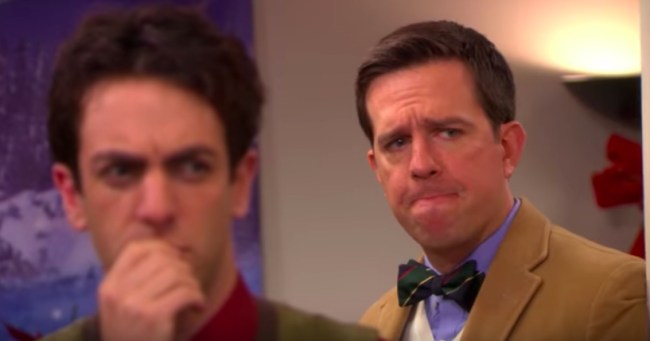 And he’s lost it. 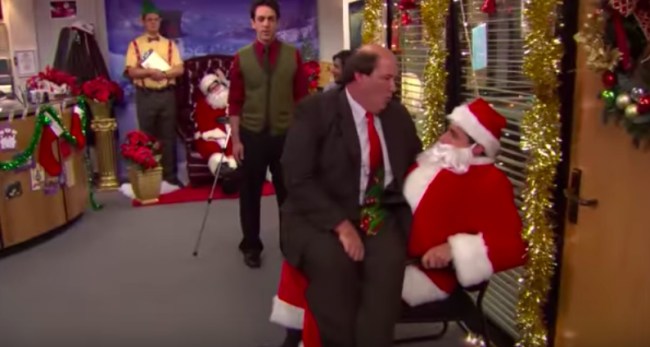 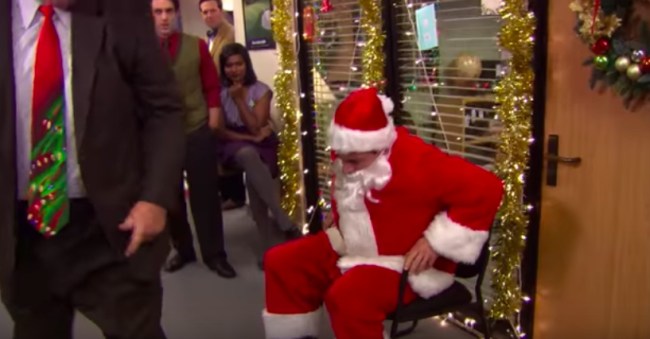