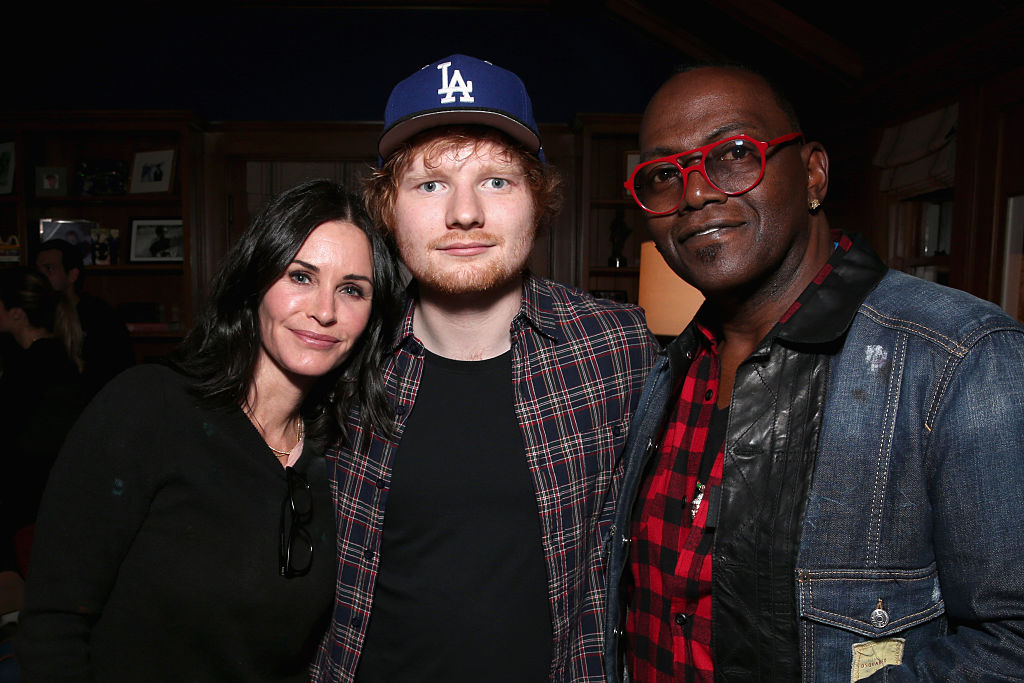 I’ve never hung out with Ed Sheeran and pretty much everything I’ve learned about him has come through the news. It’s always refreshing to watch interviews like this one and see some real personality shine through. Ed seems like a chill guy to hang out with even if it means you might end up with a kinky leather gift.

As a guest on The Late Late Show with James Corden, Ed Sheeran busted out this elaborate story. Sheeran has an estimated net worth of around $160 million and he lives in London where he owns 22 properties throughout the city. He could easily afford a place in Los Angeles if he wanted to but instead he opts to stay with his dear friend Courteney Cox every time he’s in LA.

I had no idea that Ed Sheeran and Courteney Cox were dear, personal friends. The only friend of Ed’s I could name is Taylor Swift. But Ed and Courteney are reportedly BFFL’s and Ed ONLY stays with her anytime he’s in the City of Angels.

Here’s Ed Sheeran telling his funny story about his never-ending prank on Courteney Cox. The discussion starts just after the 2-minute mark. Or you can scroll below to read all about it.

Flash forward to the delivery and Courteney’s personal assistant opened the mask, gasped, and left it on Courteney’s bed assuming she wasn’t supposed to see the. Now every time that Ed Sheeran is back in Los Angeles he orders Courteney Cox another gimp mask using her Alexa, and another, and another.

There are so many they are hidden throughout the house at this point:

“Now when I go back there, I order her another gimp mask. She has maybe, like, 12. I hide them in people’s bedrooms. So they’ll go in the drawer and find a leather S&M mask,” Sheeran said with a laugh. “She had two people come and look at her piano to try and buy it, two absolute strangers going into her house that I found out about. So I left a couple of masks on the piano.”

This seems like a good time to remember this interesting Ed Sheeran thought experiment. Which celebrity dating your ex would bother you the most? Check out the article here.