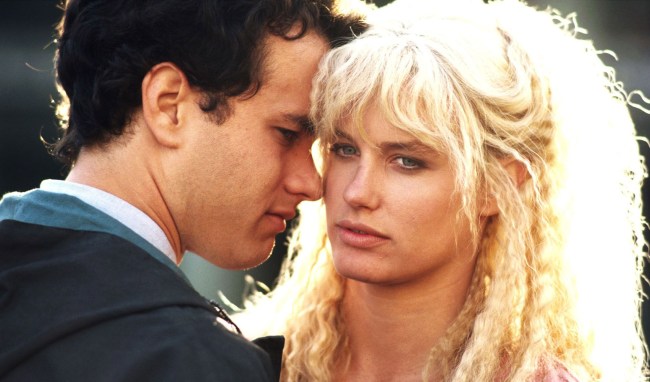 Subscribers to Disney+ have had to deal with some unexpected changes to certain TV shows and movies since the streaming service launched back in November.

Song of the South? Not on the service (for obvious reasons).

Lilo & Stitch? You won’t be seeing Lilo hiding in the dryer anymore.

The Simpsons? Not available to stream in the correct 4:3 ratio (but will be soon).

That’s right. Disney+ is no place for the naked butt.

Here’s the original scene as it was intended to be viewed.

And here’s how it looks on Disney+.

Disney+ didn't want butts on their platform so they edited Splash with digital fur technology pic.twitter.com/df8XE0G9om

Here’s another look because lolwut? 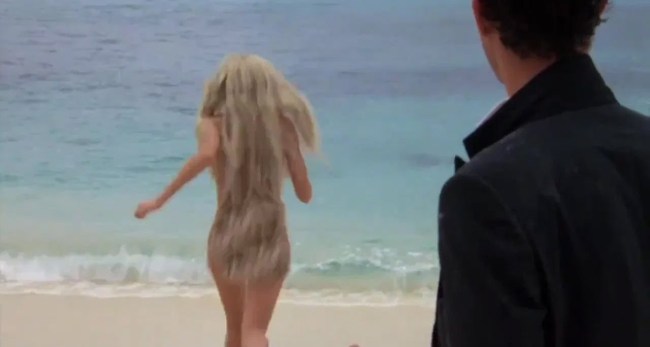 Did Disney hire the folks who did the digital work on the movie Cats to edit out buttcracks in Splash?

At least they just cut around Hannah’s bare ass during the Statue of Libery scene rather than do whatever the hell it is they did in the beach scene. (Though for a millisecond you can still see her buttcrack as she hops the fence. SCANDAL!)

On the plus side, the reactions to this piss poor job of editing produced some truly hilarious comments.

Mermaids have hairy butts, pass it on

For 35 years, young audience have seen the butt and breasts of Daryl Hannah in Splash without it disturbing them and suddenly Disney + considers it shocking for them ?

It's like they tried to make her hair longer and thicker, but gave her a giant shag carpet for a butt instead

I bet you they only did this for the lady butts. I bet you plenty of male butts are on there completely uncensored.

Funny, they are ok with showing Hugh Jackman’s bare butt in X-Men: Days Of Future Past....

The new puritans want to pretend arses don’t exist. Yet all the violence in their superhero films is perfectly fine

This is worse than Henry Cavill's moustache

Looks like Disney+ still has more work to do.