‘El Camino’ Originally Had A Much Different, Much More Depressing Ending For Jesse Pinkman 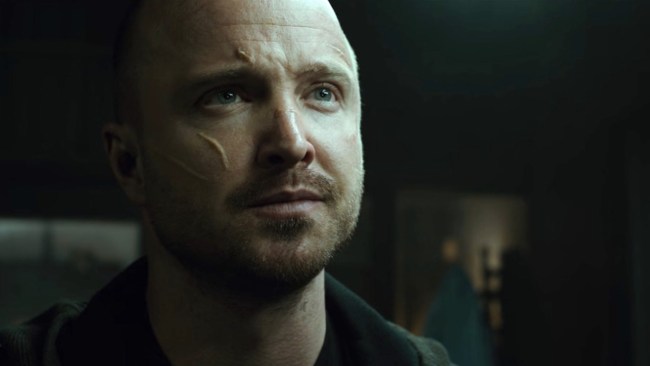 With the New Mexican desert dust of El Camino finally beginning to settle, the film has officially entered its post-release phase where what was once hype and anticipation has since been replaced with analysis, crticism, and reflection.

You’ve got fans on Twitter and Reddit spewing enough bullshit opinions to choke a politician, you have highbrow critics using words like “uncessary” in their reviews (which, to be fair, is exactly what El Camino is, but that doesn’t mean it still can’t be fantastic) and then you’ve got those involved with the project out doing the media rounds to just try and make sure everyone all gets along.

Point being, there’s some much El Camino noise out there that it can be difficult to cut through it and find the stuff that actually matters. And that’s where I come in, as I found this quote from Breaking Bad series creator Vince Gilligan about his original ending for El Camino to be both fascinating and head-scratching.

Speaking to Entertainment Weekly for an exclusive interview, Gilligan revealed that he originally concocted a far more depressing ending for Jesse Pinkman’s story than the one we ultimately got in El Camino:

“I didn’t get super far down the road, but it was probably going to be a young woman who needed some help,” he says. “He was hiding out by the Canadian border, and this woman was working at a motel as a housekeeper or something. [He] goes into the process of saving her, knowing full well that he’s going to suffer for it, he’s going to get caught for it, but he does it anyway. And the last scene would be maybe him in a jail cell but at peace for the first time since the movie began. I think there was going to be this component where he couldn’t sleep. He wouldn’t get a single night sleep for a week or so upon escaping. The police are looking for him and he’s too haunted and he’s too adrenaline-charged. And at the end of the thing, he’s in a jail cell, and ironically he can fall asleep like a baby. And I thought, ‘Ah, that’d be kind of cool.'”

“I pitched some version of that to my girlfriend Holly,” he says, “and I also separately pitched that to [Breaking Bad executive producer/Better Call Saul co-creator Peter Gould] and the writers and everybody looked at me like I was absolutely insane: ‘You can’t have Jesse back in a cell at the end of the movie! People will tar and feather you!’ I’m glad I listened to them. I think there is a version of that movie that if perfectly executed would work, but I don’t know that I was the guy to pull it off. I’m glad I wound up doing it the way I did it.”

Jesus, Gilligan. I get that the guy is all about the painful consequences of man’s morality eroding decisions, but my word — you really considered putting the torture victim back inside of a jail cell? May as well have his brother die on the plane on his way back from his band trip to London while you’re at it, Vince.

Needless to say, that would have been a *horrible* way to send off one of the most iconic television characters of the 21st century. It’s a good thing Gilligan’s girlfriend isn’t his wife, otherwise, he may not have listened to her at all. 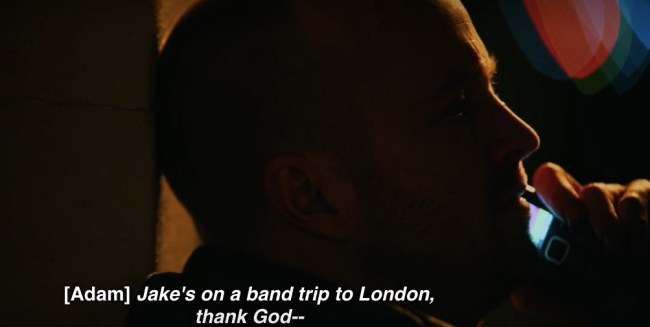