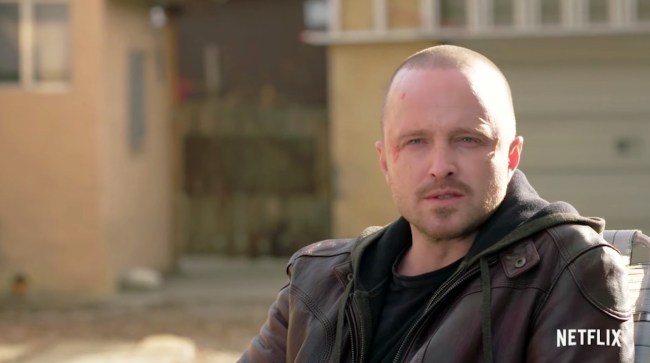 There are three types of people in this world: people who loved El Camino: A Breaking Bad Movie, entitled brats who didn’t love El Camino, and then the silent psychos among us who have chosen not to watch Breaking Bad, and therefore El Camino, at all. Congrats if you fall into the first category, get a grip of reality if you’re in the second, and stay away from me if you’re in the third.

Similar to getting a free desert Michelin Star restaurant, while it may not have been something you ordered, you shut up and eat it anyway because not only was it made by a world-class chef, but it was free! Who complains about something like that?! Vince Gilligan decided to bless us with another chapter of the Breaking Bad story and I’m gonna eat it, damn it.

Did it have Avengers: Endgame levels of consequence? Of course not. But was it two more hours in Gilligan’s gorgeously shot and tensely written blue meth slinging universe of Breaking Bad. Yes, and at the end of the movie, that’s all that counts: we got more of something we love.

So, if you’re like me, enjoy this 13-minute behind-the-scenes mini-documentary with all the cast and crew about the care, effort, and commitment that went into making the film.