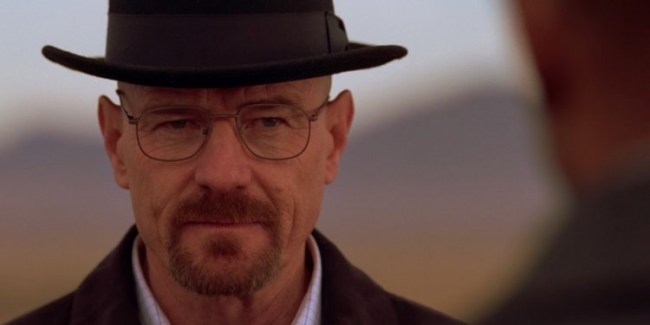 At first, there was a Breaking Bad movie coming out, then there wasn’t, now there is again, and it will be titled El Camino. Now with only a month before the Breaking Bad movie hits Netflix, behind-the-scenes photos from the set of El Camino have leaked and by the looks of them, it appears that Walter White will be returning.

El Camino will focus on Jesse Pinkman played by Emmy-winning actor Aaron Paul. The official synopsis from Netflix reads: “In the wake of his dramatic escape from captivity, Jesse must come to terms with his past in order to forge some kind of future.”

The movie based on the incredible AMC TV show that won 16 Primetime Emmy Awards and received 58 nominations. The upcoming movie was believed to have moved past Bryan Cranston’s meth empire-building character Walter White, especially since Heisenberg was thought to have died in the final episode of season 5 from a gunshot wound.

Filming for El Camino: A Breaking Bad Movie has been going on in Albuquerque, New Mexico, since November 2018 under the working title of Greenbrier. A photo of Mr. White and Jesse’s iconic RV from Breaking Bad that they used to make their first batch of crystal blue meth was spotted in Albuquerque and can be seen here. Also shown is a photo of the apartment belonging to Jane Margolis, who rented out to Jesse Pinkman, and they later became boyfriend and girlfriend.

Since there several locations from the Breaking Bad TV show, this opens the door for Walter White to return by appearing in the movie via flashbacks.

In Ozymandias, the antepenultimate episode of the Breaking Bad series, Vince Gilligan used a flashback scene to show Jesse and Walt cooking meth in the RV from when the teacher and student first made drugs together.

El Camino arrives on Netflix on October 11 and then will be available on AMC.