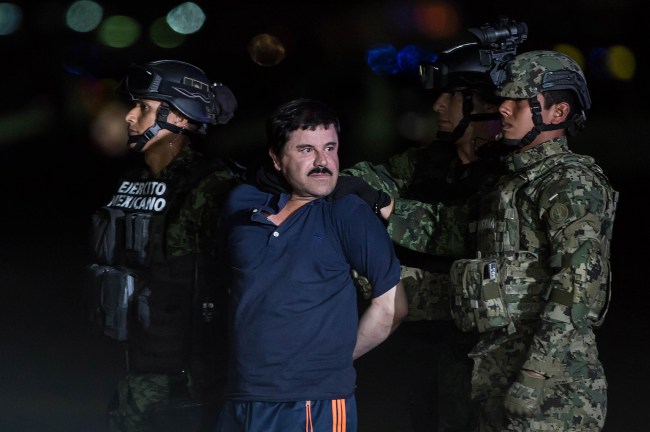 Hey, it sounds brutal but you know where you won’t see packed beaches full of spring breakers, or massive church congregations, or people roaming the streets after 10PM? Mexico City baby. The Chapitos are seeing to that. They’re not writing inflammatory tweets like De Blasio, or opining the violations of social distancing like so many celebrities; they’re driving around with a bull horn and letting everyone know that anyone who violates curfew will be beaten with a wooden plank. Like Ben Affleck hunting incoming freshmen in Dazed and Confused.

Daily Mail– The sons, known as ‘Los Chapitos’ or ‘the little Chapos’, have threatened to ‘sanction’ any who do not comply with the 10 p.m. curfew, and have even sent their henchmen to torture anyone found breaking it.

In the video, people in the patrolling car can be heard warning that anyone who does not comply with the curfew would face punishments such as ‘boardings’ (being beaten with a plank of wood), ‘arrests’, and also face ‘fines’.

No half measures here. Sure, we’d all love to head outside for a walk down the block after sunset. But if you live in Mexico City, you have to ask yourself: is it worth it? Is that breath of fresh air worth potentially being kidnapped and smacked with a 2 x 4 a dozen or so times by some ruthless meth peddlers? Probably not. Best to stay in and watch another season of Narcos.

El Chapo’s sons truly embody the “apple does not fall far from the tree” mantra. These guys picked up right where daddy left off. It’s like watching Jiro’s son in Jiro Dreams of Sushi. Except instead of cutting albacore, they’re doing throat rips.