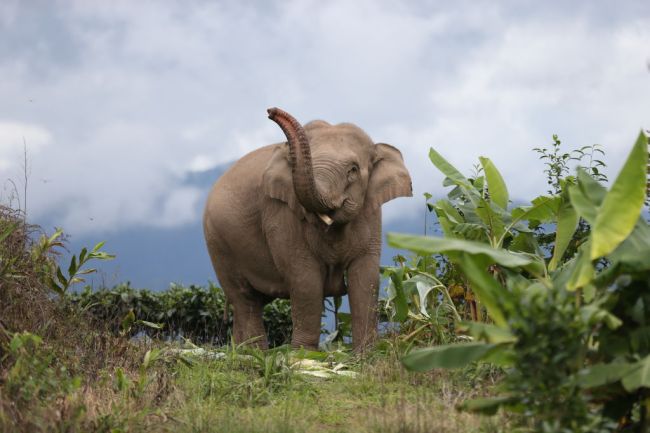 While knowledge of elephants’ insane memory is relatively common, I simply had no idea they were capable of being so intelligent that they understand the concept of — and can therefore play — pranks and jokes. Granted, I’m not much of a nature guy so perhaps I’m being a bit naive by how mind blown I am.

A clip of an elephant has gone massively viral on Twitter as it shows an elephant pretending to eat a woman’s hat only to subsequently give it back. Perhaps most impressive, though, is the elephant’s sense of comedic timing. Remember in the original Borat movie, where Borat kept screwing up the “NOTTT!” joke because he either said it too soon or too late. This is absolutely not the case with this elephant here, who lets the woman think he just had her hat for lunch justtt long enough. I know people who aren’t this funny. Maybe that says more about my social circle than the elephant, though.

This elephant pretends to eat a woman’s hat… but then gives it back 😭😂
pic.twitter.com/OV0ZN8wC0F

Not to get all #political, but after watching this video, it makes the idea of big game hunting even more repulsive, as elephants are clearly wildly intelligent creatures that have such a level of understanding that they’re able to understand and play pranks on people.