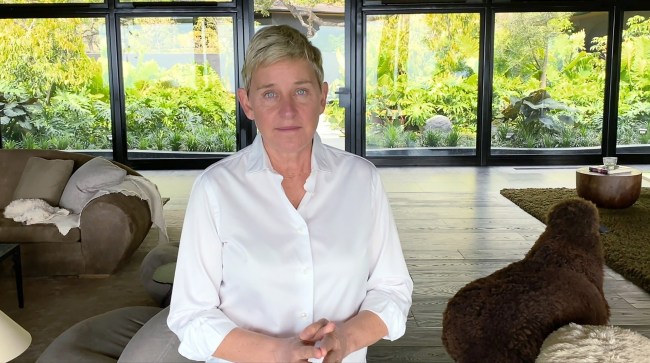 If you have been on Twitter at any point over the past several hours, you may have noticed that the hashtag #RIPEllen has been trending as a death hoax involving talk show host Ellen DeGeneres has gone viral.

The hashtag originally began Monday night when fan of The Ellen DeGeneres Show were upset with rumors being spread that the show may be coming to an end soon.

The New York Post reported that despite the show getting lower ratings than normal it was not in any danger of being cancelled.

Not that numerous people on Twitter were paying attention to that aspect of the trend. They just thought she had suddenly passed away. In fact, one of the rumors being spread even had Ellen reportedly dying after falling off a roof. (I bet her former bodyguard started that one. That or some members of the crew of her show.)

#RipEllen is trending when she’s not dead… is Ellen getting cancelled or is this just a random death hoax? Twitter always confuses me

Naturally, as people on social media have been known to do in the past, the heartfelt concern folks had for the well-being of the 62-year-old comedian ended up resulting in an onslaught of comical memes.

*#ripellen trends on twitter*
no one:
ellen right now: pic.twitter.com/QrFsJyZCED

Omg screw you twitter i wake up to seeing #RIPEllen trending and i thought it was her….

To save you time from scrolling through these tweets, its not her. pic.twitter.com/zUKpWQ03Ks

Someone care to explain wtf the #RipEllen is all about? 🤔 pic.twitter.com/qsNNsmtma1

me waking up to seeing #RipEllen and thinking she actually dead but then remembering i logged into Twitter pic.twitter.com/0jELmJ9M2t

Gosh people this is not a good joke . 😟#RipEllen

Do you really have to ask? Oh, it was rhetorical. There you go.