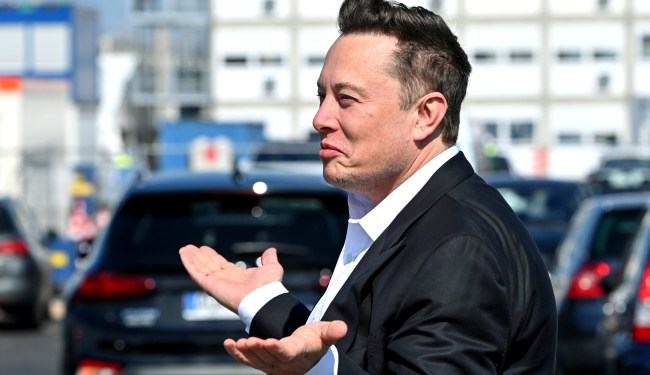 Tesla founder Elon Musk set a new record on Tuesday when he lost an eye-watering $16.3 BILLION as the stock value of Tesla Inc. dropped 21%, or more than $100 billion of its market value.

The massive drop in Musk’s net worth is the “largest single day wipeout” in the history of the Bloomberg Billionaires Index.

With the loss, the 49-year-old Musk fell out of the centibillionaire club and is now worth $82.3 billion and drops him down to sixth on the world’s richest people list behind Bernard Arnault and Warren Buffett.

The drop in Tesla’s share price was attributed to Standard & Poor’s declining to add it to its index of 500 major U.S. stocks and the fact that Nikola, an electric vehicle startup rival to Tesla, revealed on Tuesday that General Motors had agreed to take an 11% stake in the company, CNBC reports.

GM is getting a $2 billion stake in Nikola and the right to nominate one board member in exchange for in-kind services. GM will also supply Nikola’s fuel cells globally, except Europe, for its class 7/8 truck. Phoenix-based Nikola specializes in building zero-emission semi trucks using battery or hydrogen fuel cell technology, but it recently introduced its Badger pickup truck for consumers.

Meanwhile, Zhong Shanshan of the Nongfu Spring bottled water company added over $30 billion to his coffers on Tuesday, more than doubling his fortune to $50.9 billion.

Musk’s loss and Zhong’s gain are the largest moves in the history of the Bloomberg index, excluding net worth revisions for divorce, redistribution and inheritances. Musk’s drop would have been even larger if he hadn’t collected his third tranche of options Tuesday — now worth $2.2 billion — tied to his moonshot compensation package.

As for Tesla, the company’s shares were back up around 7% in premarket trading on Wednesday and are expected to rebound even further by September 22 when it is speculated that the company will unveil a new “million mile” battery.