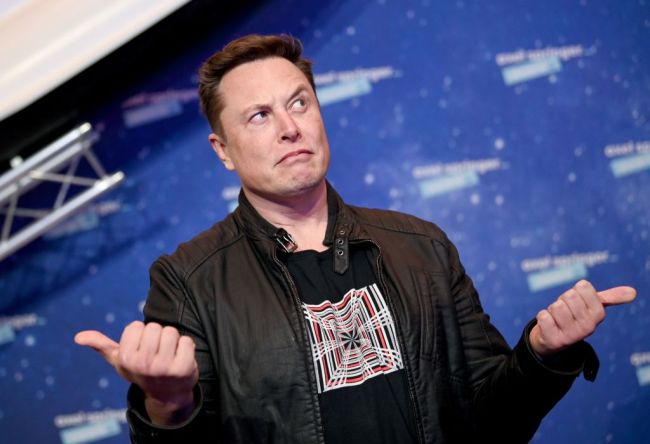 Elon Musk is not your typical billionaire. The Tesla and SpaceX boss loves talking about memes, Bitcoin, the Netflix show “Cobra Kai,” and monkeys playing video games with their minds. Musk, who has a net worth of $180 billion, made his debut on the audio-only app Clubhouse on Sunday night and chatted about a wide array of interesting topics.

We’ll start with a topic that Elon talks quite a bit about – space exploration. The head of SpaceX says that he expects humans to be on Mars in “five and a half years.”

“The important thing is we establish Mars as a self-sustaining civilization and that we ensure the long-term existence of consciousness,” Musk told Clubhouse hosts Sriram Krishnan and Aarthi Ramamurthy.

“One last thing is that on Mars you need local propellant production,” Musk explained. He hypothesized that this could be done by extracting CO2 out of the atmosphere and combining it with water ice to create CH4 methane and oxygen.

When asked if he believes in the existence of aliens, he replied, “I’ve seen no conclusive evidence. That doesn’t mean there isn’t aliens; I just haven’t seen the evidence.”

Back here on Earth, Musk is having monkeys play video games with their thoughts. Musk’s Neuralink Corporation is a neurotechnology company that is developing high-bandwidth, implantable brain-computer interfaces (BCI).

“We have a monkey with a wireless implant in their skull who can play video games using his mind,” Musk said. “Can we have the monkeys play mind Pong with each other?”

Speaking of animals, the Tesla founder discussed Dogecoin, the cryptocurrency named after the 2013 Doge meme that features a Shiba Inu dog.

“Arguably the most entertaining outcome, the most ironic outcome would be that Dogecoin becomes the currency of Earth of the future,” Musk joked. Cryptocurrency tracker CoinDesk showed a small dropoff for Dogecoin’s price immediately after Musk’s comments.

Dogecoin has been on a rollercoaster this week with record-highs after getting attention during the GameStop stock saga.

Musk admitted that he should have bought Bitcoin eight years ago when he was first introduced to it, adding, “At this point Bitcoin is a good thing. I am a supporter. I am late to the party, but I am a supporter.”

Elon talked about one of his great passions – memes. “I love memes. They’re very insightful and symbolism powerfully impacts people.”

“I don’t follow them; I make them,” he said of memes. “I have kick-ass meme dealers; you have to have a good meme dealer. My friend Mike and Claire. I am the recipient of very interesting memes.”

Musk also did a roundup of entertainment and books that he enjoys.

Of the science fiction TV show The Expanse, he said, “Maybe I should start watching that.”

Musk said Mythic Quest is a “good one.”

Talking about the Christopher Nolan action movie Tenet, “It’s pretty good. I think if you think too hard about Tenet, it’s maybe not going to make complete sense, but I enjoyed the movie.”

Of Hitchhiker’s Guide to the Galaxy, he said, “Effectively a book on philosophy, disguised as a silly human book.”

One of his favorites is Cobra Kai, “It’s such a sick burn, that show.”

Cobra Kai is a deep cut

The writing on Cobra Kai is sick👌