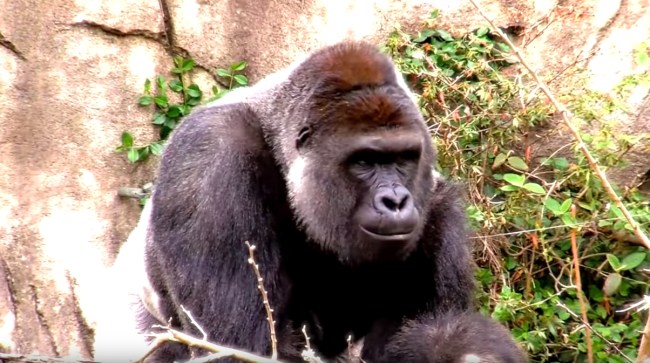 May 28, 2016, the fateful day that Harambe was taken from us all. Never forget. Elon Musk remembers because he made RIP Harambe, a song dedicated to the 17-year-old Western lowland gorilla who was mercilessly taken down in his prime when a Cincinnati Zoo worker shot Harambe because a 3-year-old ventured into his habitat.

On early Sunday morning, the Tesla CEO shared a link to his song on Soundcloud like some unknown rapper mass-promoting on social media. Musk released the track under the label “Emo G Records.” Is this an April Fool’s Day prank?

“RIP Harambe, sipping on some Bombay, we on our way to heaven, Amen, Amen,” Musk sings on the heavily autotoned track. “RIP Harambe, smoking on some strong, hey, in the gorilla zoo and we thinking about you.” RIP Harambe was played over 320,000 times only hours after it was released and is an early contender for “Song of the Summer.”

“I’m disappointed that my record label failed,” Musk tweeted. Then the SpaceX founder tweeted out a duck emoji and said, “Duck emoji defeats Emo G Records. Crushing victory.” Wait. What? Not sure how Tesla shareholders will react to Elon Musk’s new side hustle as a Soundcloud rapper.

This surprise and welcome Harambe dedication comes only weeks after the Securities and Exchange Commission asked a judge to hold Musk in contempt over an “inaccurate” February 19 tweet about the number of cars Tesla planned to produce in 2019. Recently, a British diver involved in the rescue effort for the Thai soccer team trapped in a cave filed a lawsuit against Musk for calling him a “pedo guy” on Twitter.

Is it better than the previous Harambe dedications such as Dicks Out For Harambe, A True Friend — RIP Harambe, Here Without Harambe? That’s for you to decide.