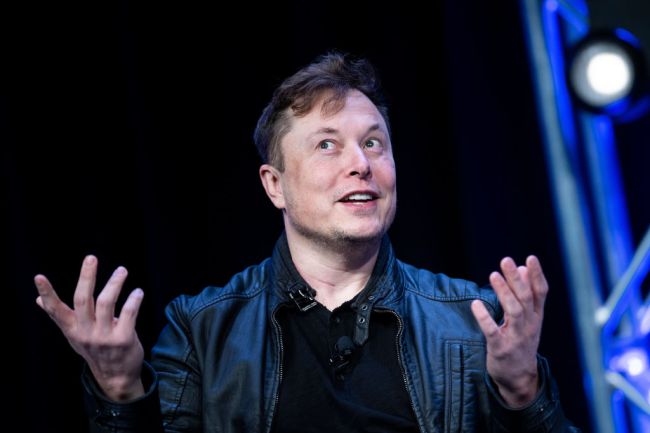 One of the few people who enjoyed a sensational 2020 was Elon Musk, who added an incredible $140 billion to his net worth, and climbed over Bill Gates to be the third-wealthiest person in the world. Elon Musk’s net worth now is $167 billion. However, a few short years ago, Musk was struggling mightily with the now-dominant electric car company. On Tuesday, Musk revealed that he attempted to merge two of the biggest tech titans on the planet, but he got denied by Tim Cook.

There are reports that Apple is interested in manufacturing their own electric automobile, a rumor that has been swirling for years. Reuters reported on Monday that Apple is “moving forward with self-driving car technology and is targeting 2024 to produce a passenger vehicle that could include its own breakthrough battery technology.”

Musk addressed those rumors by saying, “Strange, if true. Tesla already uses iron-phosphate for medium range cars made in our Shanghai factory. A monocell is electrochemically impossible, as max voltage is ~100X too low. Maybe they meant cells bonded together, like our structural battery pack?”

Then Musk revealed an interesting tidbit about how Apple could have bought Tesla at a steal of a price.

“During the darkest days of the Model 3 program, I reached out to Tim Cook to discuss the possibility of Apple acquiring Tesla (for 1/10 of our current value),” Musk wrote on Twitter. “He refused to take the meeting.”

During the darkest days of the Model 3 program, I reached out to Tim Cook to discuss the possibility of Apple acquiring Tesla (for 1/10 of our current value). He refused to take the meeting.

The “darkest days of the Model 3 program” would likely have been in 2017 when Musk admitted Tesla was “single-digit weeks” away from collapse. Musk directed all of the company’s resources toward ramping up production of the Model 3 sedan since Telsa was having difficulties manufacturing at a high volume.

Tim Cook has a net worth of $1 billion, so buying the risky but burgeoning EV company would have been feasible.

In 2015, Musk called Apple the “Tesla Graveyard” for hiring their rejects. “They have hired people we’ve fired,” Musk said. “We always jokingly call Apple the ‘Tesla Graveyard.’ If you don’t make it at Tesla, you go work at Apple.”

“It’s good that Apple is moving and investing in this direction,” Musk continued. “But cars are very complex compared to phones or smartwatches. You can’t just go to a supplier like Foxconn and say: ‘Build me a car.’ But for Apple, the car is the next logical thing to finally offer a significant innovation. A new pencil or a bigger iPad alone were not relevant enough.”