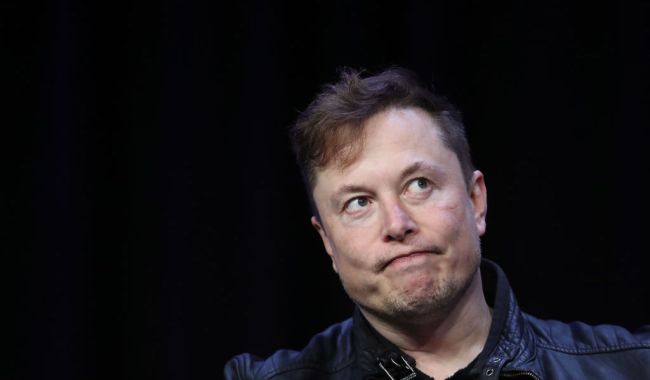 I’m all for people making their own decisions for their own bodies. You don’t want to use the marvels of modern medicine to protect yourself from a once-in-a-century virus? That’s your prerogative (shout out to Britney Spears for teaching me that word over 15 years ago, I still haven’t forgotten the realizations about manhood I made after seeing that music video — *bonk*).

I do, however, need to hear a good reason for it. Something in the vaccine doesn’t agree with your body, at least so says your doctor? Okay, I suppose we can let that fly if we have to. What’s unacceptable, though, are the suggestions that the government is using the vaccine to implant microchips — for tracking purposes or whatever — into your bloodstream. That’s simply absurd, especially considering they already have dozens of ways to track your every movement, such as — oh, I don’t know — having to use your FACE every time you unlock your iPhone.

Do you know who is trying to implant microchips in people? QAnon-adjacent king Elon Musk, who recently said Neuralink chips could be implanted in people’s brains as early as 2022. And yet, for some reason, conspiracy theorists don’t seem to be lighting torches in protest of Musk the same way they have been in regards to the United States government. Funny how that works.

During a livestreamed interview at The Wall Street Journal’s CEO Council Summit on Monday, Musk was asked what Neuralink planned to do in 2022.

Musk said, “Neuralink’s working well in monkeys, and we’re actually doing just a lot of testing and just confirming that it’s very safe and reliable, and the Neuralink device can be removed safely.”

He added, “We hope to have this in our first humans — which will be people that have severe spinal-cord injuries like tetraplegics, quadriplegics — next year, pending FDA approval.” [via Insider]

Replacing faulty/missing neurons with circuits is the right way to think about it. Many problems can be solved just bridging signals between existing neurons.

Progress will accelerate when we have devices in humans (hard to have nuanced conversations with monkeys) next year.

It’s almost as if people choose which conspiracy theories they want to believe based on their own political leanings. Huh.

RELATED: Almost 70 Years Ago, A German Scientist Predicted An ‘Elon’ Would Lead Us To Mars