Almost 70 Years Ago, A German Scientist Predicted An ‘Elon’ Would Lead Us To Mars 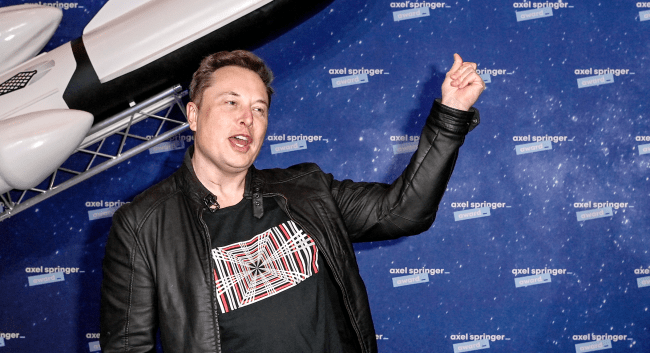 Elon Musk and the planet Mars are pretty much synonymous these days. The SpaceX founder appears obsessed with colonizing Mars, hopefully by the year 2026, if not sooner.

This will all be done, Musk claims, using his reusable, 170 foot tall SpaceX Starship and his Super Heavy rockets – one of which finally was able to touch down and not explode into a ball of flames upon landing this week.

Coincidentally, way back in 1953, a German scientist named Wernher Von Braun predicted in his book The Mars Project that an “Elon” would lead humanity to Mars.

Express says Von Braun’s book has been described as “the most influential book on planning human missions to Mars.”

Late last year, Twitter user Toby Li brought this to Musk’s attention after the entrepreneur wrote on Twitter, “Destiny, destiny. No escaping that for me.”

Speaking about destiny, did you know that Von Braun's 1953 book "Mars Project," referenced a person named Elon that would bring humans to Mars? Pretty nuts pic.twitter.com/m28yFU4Ip6

When Musk replied to Li, asking, “Are we sure this is real?” another Twitter user, Pranay Pathole tweeted a screenshot of an English language translation from the book.

It reads, “The Martian Government was directed by ten men, the leader of whom was elected by universal suffrage for five years and entitled ‘Elon.’ Two houses of Parliament enacted the laws to be administered by the Elon and his cabinet.”

Yeah it's real. This is the English transcript of the same book … But "Elon" referred by Von Braun in the book isn't the name of the person but rather the name of the position something like an elected meritocratic president pic.twitter.com/GADiMJHxLp

Considering Musk has already decreed Earth law shall not apply to him when he’s the Supreme Ruler of Mars, this is more than a little creepy.

Author Annie Platoff wrote in a 2001 NASA research document, “The most influential figure in the history of human Mars mission planning is Wernher Magnus Maximilian von Braun,” adding, “While working for the Army at Fort Bliss, Texas, von Braun began work on what would become the most influential book on planning human missions to Mars.”

Perhaps Elon really is the Emporer of Mars, as he likes to call himself.

Then again, this is the same man who also said we’d have a million robotaxis on the road by the year 2020 and we’re all still waiting for that to happen, so maybe not.