Reminder: Elon Musk Said He’d Have 1 Million Robotaxis On The Road In 2020 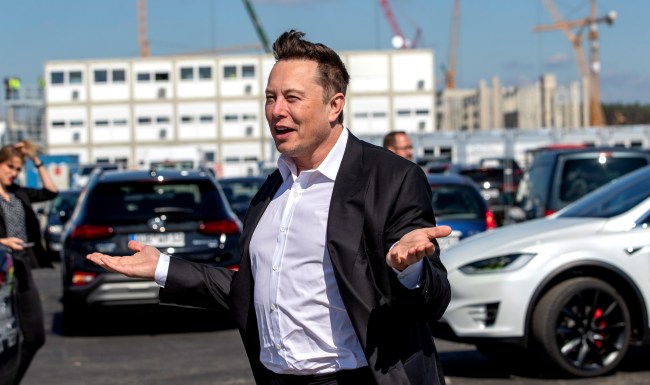 Back in April of 2019, Tesla founder and CEO Elon Musk all but promised that he would have one million robotaxis on the roads of America by the end of 2020.

He added, “From our standpoint, if you fast-forward a year … maybe a year and three months, but next year for sure, we will have over a million robotaxis on the road.”

Related: Elon Musk Says SpaceX Will Have Put Humans On Mars By The Year 2026, If Not Sooner

Fast forward one year later and Musk doubled down on his claim, saying his fleet of robotaxis will be all ready to go at some point in 2020, pending regulatory approval.

Functionality still looking good for this year. Regulatory approval is the big unknown.

In other words, they haven’t actually made any robotaxis, despite his bold predictions.

Plus, as we all now know with just two weeks left in 2020, instead of one million robotaxis on the road, there are zero.

Of course, Musk is no stranger to not meeting his own expectations, as he also added at the 2019 Tesla Autonomy Investor Day, “Sometimes I am not on time, but I get it done.”

Blaming regulatory approval for his shortfall this time is an easy out for him though, and one he knew would be there, as he recently made his way into the number two slot for wealthiest human being on the planet thanks to Tesla’s stock price receiving a major bump in 2020. Something that occurred in no small part due to Musk’s numerous pronouncements and predictions.

So then, when will those million Tesla robotaxis actually be taking to American highways and byways?

Probably sometime after the government figures out how to get its facts straight and current Tesla vehicle crashes involving autopilot stop killing people.