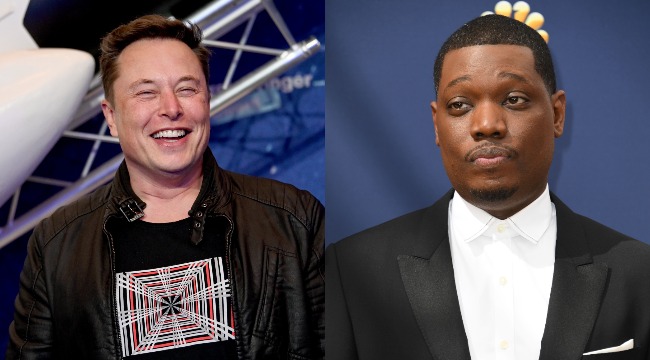 A loud faction of the internet wants you to hate Elon Musk. Either for his union-busting tweet, peddling coronavirus misinformation, or being a big bad billionaire bastard who wakes up everyday and chooses not to end homelessness.

I don’t know, I have worse people in my phone contacts to allot any bandwidth to loathing Mr. Musk.

But many do, and SNL cast members Bowen Yang, Aidy Bryant, and Andrew Dismuke have already publicly voiced their irritation with the choice, and it’s been reported that cast members will not be forced to stand alongside Elon during his appearance.

“I don’t know, I think white people just don’t like their billionaires, for some reason,” Che said. “It’s weird because we love our billionaires. If Oprah or Tyler Perry was coming, we’d be all excited about it. But for whatever reason, I don’t know, I think it’s a little embarrassing when they realize how much wealth they actually have. But I, you know, it’s the richest man in the world. Of course I wanna meet him.”

“I think that’s what makes the show exciting, honestly,” Che said. “He’s been on other shows before. … I think it’s a good thing, though. I think it means people still care about the show in some way, at least, because they wouldn’t know if they didn’t care.”

Che also appeared on The Tonight Show with Jimmy Fallon to reinforce his stance, claiming that “it’s customary for the host to give the cast members a couple million dollars,” adding that if Musk is “a cool guy” he’ll honor that tradition.

[Related: Try As He May, Elon Musk Cannot Be Less Funny Than Steven Seagal]