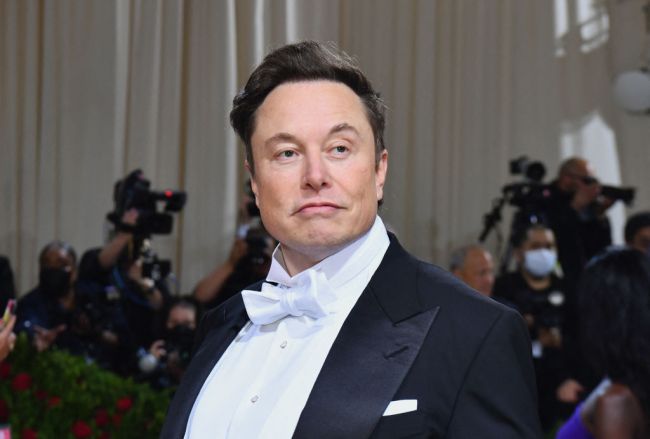 The Nelk Boys’ Full Send Podcast has had a number of significant guests in recent months: Mark Cuban, Logan Paul, Luke Combs, Live King, Post Malone, and Joe Burrow have all joined the show in recent months. But few guests are as culturally significant as their most recent guest: Elon Musk, founder of Tesla, SpaceX, Starlink, and Neuralink.

Musk, currently considered the richest person in the world with a net worth of $275 billion, joined the Full Send Podcast for an episode that clocks in at over three hours. The episode doesn’t feature Bob Menery with the Nelk Boys crew, who recently started up his own podcast again and said he feels “scorned” by some of the ways the business stuff shook out with the crew.

The conversation includes all kinds of Musk-related newsbombs, like his thoughts on aliens and how he was drug tested by the federal government after smoking a joint on the Joe Rogan podcast (the billionaire only sips the Nelk Boys’ Happy Dad Hard Seltzer on the show).

The episode comes after Musk joked about shirtless pictures of him on a yacht with Ari Emanuel, the CEO of Endeavor (owner of UFC) and his dad, Erol, somewhat harshly telling Rolling Stone that Elon isn’t his favorite son. Musk also just filed a countersuit against Twitter after he was sued by the social media platform after bowing out of acquisition talks.

At one point, Musk talks about how he used to get into street fights as a kid in South Africa. It comes out of a lighthearted conversation about brawling and combat sports, where the Musk explains he has a grappling move called The Walrus, where you just lay on something when you have a weight advantage.

Here’s how Elon explains the fights he used to get in back in the day.

Around the middle of the three-hour conversation, Salim Sirur from the Nelk Boys asked Elon Musk if he’s ever been in a fight.

Sirur keeps questioning. “When’s the last fight you’ve been in?”

Elon thinks for a second and someone asks if it was a bar fight.

Musk continues: “Where I grew up, things were very violent. I never started a fight or anything. But I had a lot of fights I didn’t want to be in. I got beat up really badly. So I’ve been in, like, real hardcore street fights. Like, hardcore.”

“Were people, like, picking on you and shit?”, Kye asks.

“Yeah. I grew up in South Africa. It was a very violent place,” Musk continues.

Aaron Steinburg asks, “Do you think that motivated you to be what you are?”

Elon Musk then launched into a story about knocking someone out by punching them in the face.

“Yeah, I was bookish. I was reading a lot of books. Kind of a nerd, basically. Computers and books and stuff like that. I was the youngest kid in the grade and almost the smallest kid in the grade. I was a late bloomer from a size standpoint. So, being small and having violent bullies is a bad situation.”

Musk continues, explaining that he knocked a guy out by punching him in the face:

The Nelk Boys respond with collective shock at the admission. The richest man in the world once knocked someone cold?

While on the subject of fighting, Aaron then asks Elon if he watches a lot of UFC. He responded that he does, but only occasionally these days. He explains he watched a lot of the early UFC fights with Royce Gracie.

“Back when they didn’t have any rules. Technically they had some rules – you can’t have eye-gouging, kneecaps, or throat. Because if you want to take someone out, punch them in the throat. It’s game over. Poke them in the eye or knock their kneecap off.”

Elon says the UFC is “still interesting to watch, but there’s a lot more technique.”

The group continues, talking about brain injuries from fighting.

“It’s a tough gig. Some of the injuries are gnarly… I know a lot about brains, actually. You don’t want to take a hard hit to the head. Or a bunch of hard hits. Your brain is like Jell-O in a coconut. Your skull is a hard coconut. The brain has the consistency of Jell-O.  The thing that damages you is the brain hitting the side of the skull… With a hard hit, you’re going to lose some neurons.”

The whole conversation starts around the one-hour and 26-minute mark, which you can watch below.