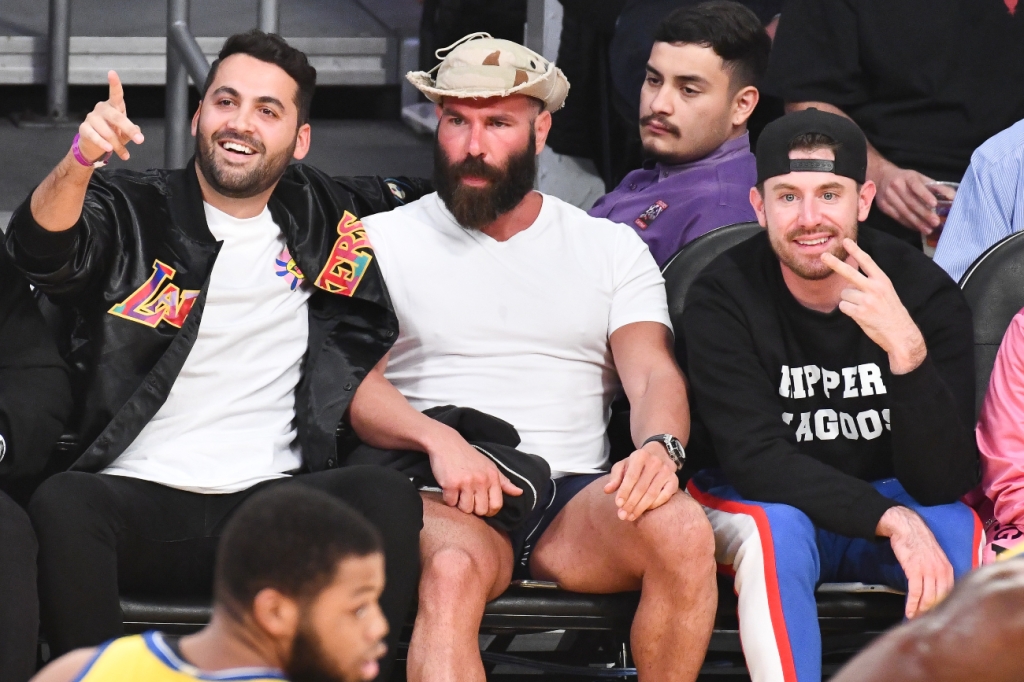 Bob Menery has been one of the biggest names in social media for years. He amassed a massive following for himself, primarily in the golf world, before linking up with the Nelk Boys to build the Full Send podcast empire that he is now no longer a part of, something that happened very recently.

Bob Menery sat down with Tim Bader aka Timmy Bounceback or Bounceback Timmy on the first episode of Menery’s new Ripper Magoos podcast. And he shares a lot about what’s happened recently, why he’s no longer with Full Send, if there’s bad blood, and everything else. Menery does stop short of saying whether he was fired or if he quit but based on some of his comments below it sounds like the former. At one point, Menery says he believes they used him until they didn’t need him anymore and claims he has the fact to back this up.

I’ve transcribed a lot of the conversation below. I encourage you to read through it all to see what Bob Menery has to say. He believes he built the ‘Full Send’ podcast and was used by them and if you’re a fan, you should listen to his side of the story.

Bob Menery: “Obviously we had our old show, the ‘Full Send Podcast’ that we were a part of. And I don’t think that situation is ever going to fix itself. I want to talk about that though and how that whole entire deal went and the pros and the cons to that…”

Bob Menery: “Honestly, see Timmy this is where you can’t comment because you don’t know the ins and outs of what I went through and how it all went down. I don’t want to talk about it on this one. For this show I just wanted to sit here, I wanted to get back on the mic again.”

“Next episode we’ll dive into that s–t because I know a lot of people were concerned because we put our heart and soul into that whole entire show with Kyle and built that thing from the ground up and we’re no longer on the show. And I think that does need to be addressed because I’m always straight up with everyone that f–ks with me and follows me and what not and I think they deserve an answer as well.”

Bob Menery: “The Full Send thing, I will miss that. I will miss the Full Send podcast a lot. It was a good run. And the good news is this, I didn’t do anything wrong. I’m sitting back and know I’m 100% right about everything, pretty much.”

Timmy Bounceback: “I don’t know I cant’ get into it, those guys have been nothing but loyal and kind and nice to me. I don’t know…”

Bob Menery: “Well, because you were never in real business with them. You were in like one-off independent contractor s–t. At the end of the day, I guess they showed me and are 1-and-0 up on me on the business front but when it comes to the friendship card I think that’s revoked.”

Bob Menery: “No, that’s just my honest feeling. I’m not being like soft or anything it’s just like dude… I’m scorned for a LOT of reasons, buddy. Don’t even get me started.”

Timmy Bounceback: “I’m getting you started, that’s why I’m here.”

Bob Menery: “Don’t even get me started… I am… We will talk about that next time around.”

Timmy Bounceback: “Well why don’t we talk about this… How about when you say to me…’I have no idea what a podcast is and you’re like dude, Kevin Connolly is going to drive you and me down to the studio down in Venice’ (CA) and I have no f–king idea and you’re like ‘we’re just going to go into the studio and we’re going to talk.’ I still remember that day because we were f–king on fire and that’s where the birth of the Ripper Magoo came from. I mean Kevin was like ‘you guys f–king crushed that.'”

Bob Menery: “Obviously we’re very good at what we do. This podcast stuff, I think what my specialty is is talking to people….”
(talking over each other)

Bob Menery: “(11:55) Bro, for that Full Send podcast, I built the f–king thing with Kyle. You know, I built it. There’s no debate there. We brought in, I mean… Like I said, I gave my all. When I talked to Kyle too about doing this show originally I wanted to be able to help bring the show and them more mainstream. You know because they had their prank videos and they were obviously evolving into the seltzer stuff and all that different stuff.”

“But my goal was, they were like YouTube guys, right? And I had a lot of mainstream connections. I had a lot of big guests, people that I knew. Kyle obviously had a very big YouTube following and whatnot but I had a huge f–king following myself too and so it was just a good partnership. And when I signed that deal with them I was very lenient with a lot of stuff because I rely on people’s words. And your word is everything to me. So if I say something maybe it’ll be a little bit delayed but I do it. You know? And that’s just not the case with this. So when push comes to shove obviously we are just no longer working together.”

Bob Menery ‘They Used Me’

Timmy Bounceback: “The Full Send‘s going to go on, do you think it’s going to be better or worse with you not on it?”

Bob Menery: “My honest opinion? I think that the show is not going to be worse, it’s just going to be different. Now that we already have… Here’s the thing about their guest situation, they’re going to be able to get whoever the f–k they want going forward because we already built the blueprint of it all, we built the backbone of it.”

“Basically what I think they did… and that’s business, is they just used me until they didn’t need me anymore. That’s what they thought… I know for a fa-… I tell you what, I know. How about this, Timmy? I f–king know and I’m sitting here 100% f–king right. Anybody can say whatever they want, I have it backed up with facts.”

Menery says he’ll dive into what actually happened in the second episode of his new Ripper Magoos podcast. You can subscribe here on Spotify or here on Apple Podcasts. Or just check Bob’s Instagram for updates there.