Emilia Clarke Took A Lie Detector Test, Is Not A Big Fan Of Her Expressive Eyebrows 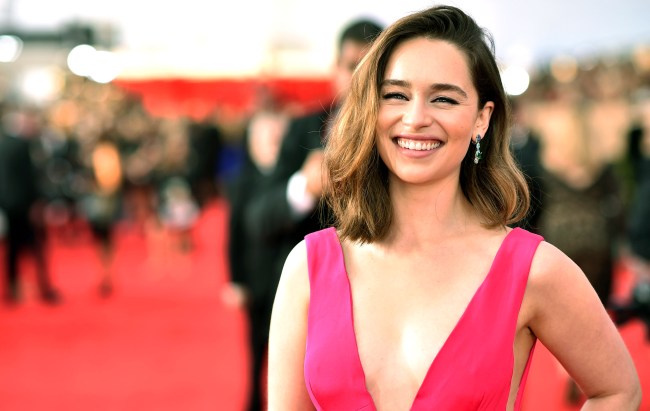 The last time we saw a famous celebrity take a lie detector test Kevin Hart was forced to admit some hilarious, and at times, embarassing things about himself.

This time it was Emilia Clarke of Game of Thrones fame who had to reveal some truths she probably would have preferred stay secret.

During the 33-year-old actress’ 17-minute lie detector interrogation session, Clarke was asked numerous questions, many of them rather odd.

• Is there any truth to the stereotype that British people have bad teeth?
• Was being a birthday party princess her first job?
• Is her childhood room full of Star Wars merchandise?

The funniest question and answer was perhaps when the test-giver said to Clarke, “A lot of fans say that your eyebrows have their own life yeah would you agree with that statement?”

“Yeah, to the point where I hate it,” Clarke admitted. “Like, I’ll watch myself back in a movie or… on the show I kind of keep them in check ’cause Khaleesi, she never really you know got to hepped up about much. But in life, I find it deeply infuriating. I was once, like I was at a doctor’s office and I was trying to change the appointment, and this woman is being very serious, like you’re being right now and really trying to keep a straight face, and she just couldn’t, couldn’t keep herself together, she just kept laughing. And I was like, ‘What it’s funny about me trying to change my two o’clock appointment to a four o’clock?’ and she’s like, ‘It’s just your eyebrows. I can’t I can’t look at them without laughing.”

He then asked her if she can do the wave with her eyebrows.