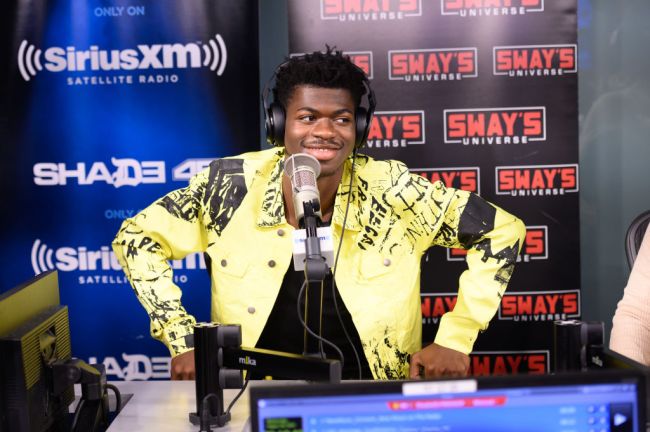 Lil Nas X has been proclaimed as a “Gen Z icon” and as one of the artists that “define Gen Z music.” However, when Gen Z TikTokers came to cancel Eminem, Lil Nas X couldn’t help but to laugh.

Last week, several members of Generation Z launched a campaign to cancel Eminem over his history of controversial lyrics. Marshall Mathers has made an entire career by spouting shocking lyrics, but one song especially vexed Gen-Zers. Em’s Love The Way You Lie collaboration with Rihanna from 2010 sparked the outrage mob off.

I just want her back, I know I’m a liar
If she ever tries to f****** leave again, I’ma tie her to the bed and set this house on fire
Just gonna stand there and watch me burn

Slim Shady retaliated by releasing an animated music video for Tone Deaf. The music video had a very Grand Theft Auto vibe to it, and Eminem makes it clear that he will not bow down to cancel culture.

I can’t understand a word you say, I think this way I prefer to stay, I won’t stop even when my hair turns grey, ‘cause they won’t stop until they cancel me.

The attempt to cancel Eminem has been absolutely fruitless. Lil Nas X put a dagger in the hearts of outraged Gen-Zers who attempted to cancel the Rap God lyricist by laughing at the attempt.

Lil Nas X, who has nearly 10 million followers on TikTok, did a quick freestyle over Eminem beats.

Eminem, who is nearly 50-years-old and released his first album 25 years ago, doesn’t appear to be going anywhere soon.