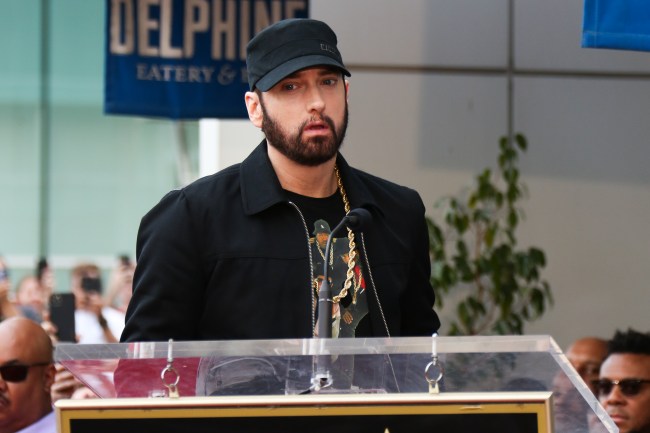 Eminem appears to be aware that people are trying to cancel him on the Internet.

For the past few weeks, Gen Z TikTok users have been going viral by calling out Eminem over his history of controversial lyrics by noting that his collaboration with Rihanna “Love the Way You Live” glorifies toxic relationships and domestic violence

Hey @Eminem some child is trying to cancel you on tiktok…I say trying cause I know damn well no one can cancel a Rap God…please just end my generation. If it worth your time 😩 been a fan of yours since I was 5 and my brother would blast your music on the pic.twitter.com/qneTuhqaIc

On Friday, a defiant Em dropped the animated video for his song “Tone Deaf” and appeared to have a message for those trying to cancel him.

“I won't stop even when my hair turns grey (I'm tone-deaf) / 'Cause they won't stop until they cancel me” #ToneDeaf lyric video up on my channel- https://t.co/kd4Iw5j9TI pic.twitter.com/nw1Q2eUyzN

Here’s the entire video for ‘Tone Deaf’ that was eventually released.