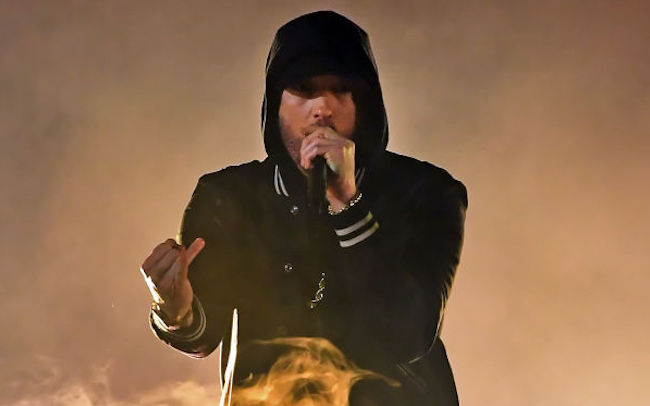 Nowadays, the best way to elevate your heart rate is to simply spend a few seconds thinking about the current state of the world, but in a different era many eons ago, people who wanted to get their blood pumping commonly used places called “gyms” in order to achieve the same result.

I wouldn’t say I necessarily “miss” having to deal with some of the particularly insufferable people that populate your typical fitness center, but right now, there’s nothing I’d love more than the chance to mutter under my breath and stare daggers at the dude with a gallon jug filled with neon pink liquid claiming ownership of all four machines he’s doing a circuit on (none of which require the weight belt he’s wearing).

Part of the reason I liked going to the gym so much is because of some of the truly absurd characters you routinely run into, like The Guy In The Locker Room Who Sticks The Community Blow-Dryer Straight Into His Gooch and The Girl Who Takes Two Pitcures Of Herself For Every Rep She Does.

However, there is perhaps no group of gymgoers that collectively fascinate me more than The People Who Exercise Without Music, who I feel should all be put on some sort of list. What would we do with that list? I honestly have no idea, but I think it’d just be a good idea to keep a close eye on them.

If you’re a normal person, you almost certainly have a carefully curated playlist of workout music that you’ve honed over the years, which likely includes something that plays during a montage in an ’80s movie, an EDM song that managed to survive the post-dubstep culling, and a track from the like of Katy Perry, Taylor Swift, or some other artists you feel like you would be judged for including.

However, no gym playlist is truly complete without a little bit of Eminem, and while some people are partial to “Lose Yourself,” nothing makes me want to bench-press the bar through the ceiling quite like “‘Till I Collapse” (and the numbers show I’m not the only one).

Released in 2002, Em’s production skills and the silky voice of Nate Dogg on the hook have helped “‘Till I Collapse” stand the test of time, but with that said, there’s one particular part of the song that’s become increasingly dated with every passing year.

In the second verse, Eminem dedicates a few lines to rattling off his ranking of the best rappers to ever rock the mic, which looks like this:

The rap landscape has changed quite a bit over the last 18 years, and now, we’ve got a glance at how Eminem’s tastes have as well courtesy of Popular YouTube Person NoLifeShaq, who got the hip-hop legend to chime in after tweeting a video of himself sliding into the DMs of rappers to try to get them to name their personal G.O.A.T.

For me, in no particular order… Toss up between wayne, pac, royce, jay, redman, treach, g. rap, biggie & king crook….

It’s a pretty drastic revamp, as the new entries on the list include Lil Wayne, Royce da 5’9″, Crooked I, Naughty By Nature’s Treach, Kendrick Lamar, Joyner Lucas, Big Daddy Kane, Rakim, LL Cool J, Kool G Rap, and J. Cole—the last of whom I’m sure would love to do a song with Marshall Mathers but could still make an album go triple-platinum without having him as a feature.

I wouldn’t read too much into this because it seems like Em was sort of going off the top of his head here but I’m sure people who spend way too much time on internet forums devoted to hip-hop are going to have some fierce debates over whether or not the Detroit native disrespected the Notorious B.I.G., Kurupt, and Jadakiss by seemingly excluding them from this revamped list.

Finally, he may have abstained from ranking them but I assume the fact that Redman was mentioned twice means he hasn’t slipped from the top spot. I still can’t believe he got snubbed at the Oscars for his performance in How High so it’s always nice to see him get the respect he deserves.