The World’s Most Popular Workout Song Is Surprisingly Old School 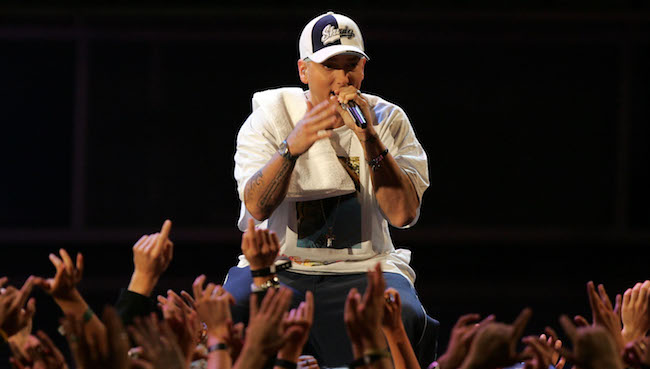 As far as I’m concerned, having a well-curated gym playlist is as essential to a successful workout as a bottle of water and repeatedly checking yourself out in the mirror. I have an inherent distrust of people who don’t wear headphones when they’re exercising— there’s got to be something wrong with you if you enjoy hearing deadlifters grunt way too loudly and have never got to experience what it’s like to start a set just as the drums on “In The Air Tonight” kick in.

There are plenty of people out there who continually update their selection of songs and channel their inner DJ by arranging them in the perfect order, and then there are people like me who have been listening to the same 17 songs on shuffle for the past decade.

To celebrate everyone who will ultimately regret starting their year off by signing up for a twelve-month gym membership by the time February rolls around, Spotify released a list of the songs that appear most often of people’s workout playlists. While there are plenty of new tracks on the list, it turns out I’m not the only person who still relies on relatively ancients songs to get amped up.

In 2002, Eminem released The Eminem Show and the soundtrack to 8 Mile in the span of three months. The albums might be over 15 years old, but that hasn’t stopped a song from each LP from securing the No. 1 and No. 3 spot when it comes to the most popular workout songs in the world:

The list looks a bit different when it comes to the most popular workout songs in the United States, but Slim Shady continues to hold his own among a bunch of relative newcomers:

Let’s all try to make sure Kanye doesn’t find out about this.