Eminem’s Home Invader Told The Rapper He Was There To Kill Him, According To Police Testimony 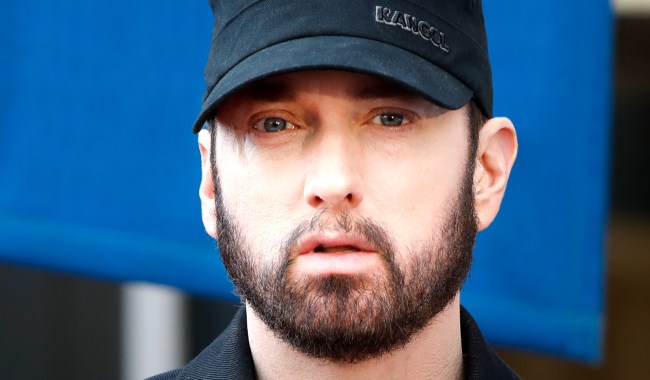 Matthew David Hughes, the man who was arresting on charges of breaking into Eminem’s back home in April, said he was there to kill the rapper, according to Clinton Township Police Officer Adam Hackstock’s testimony in court on Wednesday.

At around 4 a.m. on Sunday, April 5th, Eminem reportedly came face-to-face with Hughes in his living room after Hughes allegedly used a paving stone to smash a kitchen window, reported TMZ at the time.

Hughes somehow managed to get past the security guard at Eminem’s home in a gated community near Detroit, setting off an alarm that resulted in him being “verbally and physically detained by Marshall, while security was alerted,” according to the Detroit Free Press.

Eminem was not in court today. Bond remains $50,000 cash surety for Mr. Hughes. Investigation showed a window was broken, Mathers security team responded. At first Mathers thought Hughes was his nephew, but it was dark & Mathers soon realized he did not know the man in his home.

On Wednesday, the 27-year-old Hughes was in court on charges of first-degree home invasion and malicious destruction of property.

The Free Press reports Officer Hackstock said on the stand during the preliminary examination in Macomb County District Court that Marshall Mathers, AKA Eminem, initially thought Hughes was his nephew, adding, “When Mr. Mathers asked him why he was there, he was told by Mr. Hughes that he was there to kill him.”

Hackstock testified he arrived that night at Eminem’s house in a gated Clinton Township community to find a security guard wrestling with Hughes on the ground. Hughes muttered “friend,” and said he lived in the area, Hackstock said.

The officer said he spoke with the rapper for more than an hour after Hughes was detained.

Eminem said he escorted the home invader through a TV area, game room and basketball court to an exit out of the house, Hackstock testified. Hughes did not have a weapon, he said.

The judge ruled on Wednesday that Hughes be kept in custody on a $50,000 cash bond, and found there is probable cause to move forward with a trial, setting his arraigment for Sept. 28.

Hughes faces up to 20 years in prison for the home-invasion charges, and up to five years for the charge of malicious destruction of property.