‘Avengers: Endgame’ Directors Reveal Which Characters Could Lure Them Back To The MCU 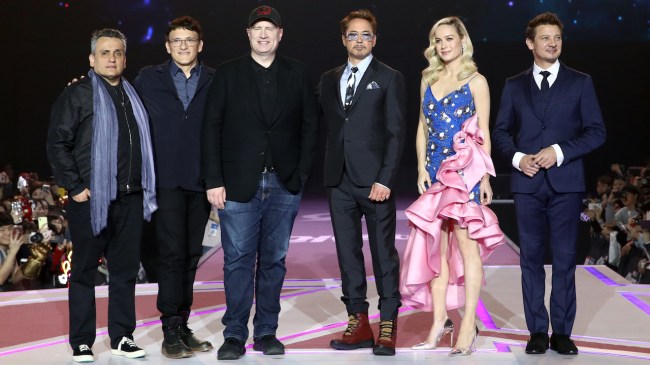 While Avengers: Endgame may have literally been the biggest movie of all-time does not mean that Marvel Studios is going to slow down anytime soon, as the Disney-owned behemoth will launch 10 projects in the next two years.

And perhaps more exciting than their soon to come Phase 4 is what will happen after Phase 4 after the Marvel Cinematic Universe has truly moved into its new, post-Infinity Saga era — specifically, the introduction of the newly acquired X-Men and Fantastic Four.

Following Disney’s acquisition of Fox, iconic Marvel characters such as the X-Men and Fantastic Four now find themselves firmly under the Disney umbrella, meaning it’s only a matter of time until they’re introduced into the Marvel Cinematic Universe.

And according to Avengers: Endgame directors Joe and Anthony Russo, those massive comic book legends may be enough to draw them back into the Marvel Cinematic Universe.

Speaking to SYFY WIRE at the Toronto International Film Festival, the Russo Brothers — who have already directed four movies in the Marvel Cinematic Universe — revealed which iconic characters could lure them back into MCU directing duties.

“I grew on up [John] Byrne’s X-Men run. Ben Grimm was a favorite character growing up, the Thing. And Fantastic Four is now in the Marvel fold. There’s a lot. Silver Surfer is an amazing character. Going really big in cosmic would be a lot of fun. So there’s a lot of things that could attract us,” Joe Russo said to SYFY WIRE.

For what it’s worth, the Russo Brothers are responsible for some of the best movies in the MCU, as the movies they’ve directed include Captain America: The Winter Soldier, Captain America: Civil War, Avengers: Infinity War and Avengers: Endgame.

With that sort of track record, Marvel Studios may see the Russo Brothers as their ace in the hole, so it would make sense for Disney to go back to the Russo well for a film that involves characters as essential as X-Men or Fantastic Four.