Energy Drink Banned After It Was Found To Contain Viagra 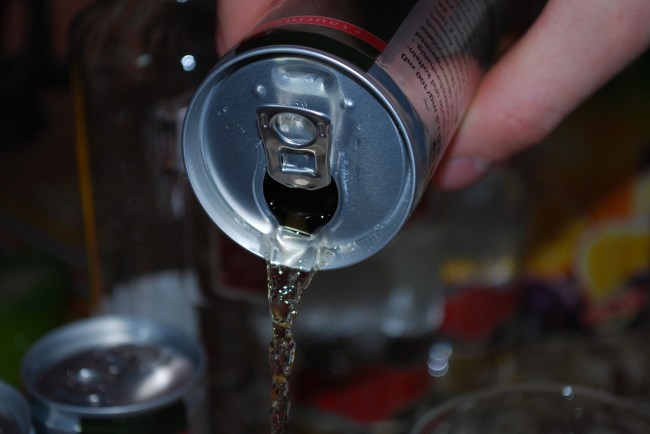 There is stiff competition in the energy drink market and brands will extend to great lengths to get an edge over their rivals. One energy drink company raised the stakes, among other things, to get ahead of the competition — by adding Viagra to their beverage. Talk about BDE.

We take you to Uganda where a man got plenty of vitality from an energy drink, especially in his pants. No, the beverage was not named “Mike’s Hard Energy Drink.” The special elixir is called Power Natural High Energy Drink SX and is produced in Zambia. After consuming the energy drink, the man had an erection that lasted nearly six hours. Now that’s a stiff drink.

The Uganda National Drug Authority opened an investigation after receiving complaints from men who were constantly sweating and having erections lasting hours after consuming Power Natural High Energy Drink SX. No word on if one of the side effects of the viagra energy drink caused a stiff neck or not.

The government agency performed tests on the energy drink and found that it didn’t have much caffeine or B vitamins. But it did contain Sildenafil Citrate, which is the erectile dysfunction drug in Viagra. There were rumors that the drinks contained Mycoxafloppin, but those are unsubstantiated rumors.

The tent-pitching beverage was sold in Uganda, Zambia and Zimbabwe, but now will be extremely hard to find because it has been banned. Zambia banned Power Natural High Energy Drink SX after the results found it was basically liquid Viagra. The Natural Power Energy Drink SX “is very popular among Zambian men” according to The Guardian. It’s probably very popular among Zambian women as well.

The company is now prohibited from making Power Natural High Energy Drink SX until it has addressed Viagra popping up in their drinks and can ensure that they don’t give an entire country raging hard-ons again. Some have said that the ban was a stiff penalty. There is no word on if the company will fight the ban in court, but legal analysts believe that the evidence will stand up in court.

Viagra has side effects of possible heart issues and loss of hearing and vision. Hard pass. No word on if the makers of the viagra energy drink will face charges or if they will do hard time.

Hanging out with your bros after drinking Power Natural High Energy Drink SX and vodkas.

Remember, if you experience erections lasting more than four hours after drinking an energy drink, you should consult a physician.