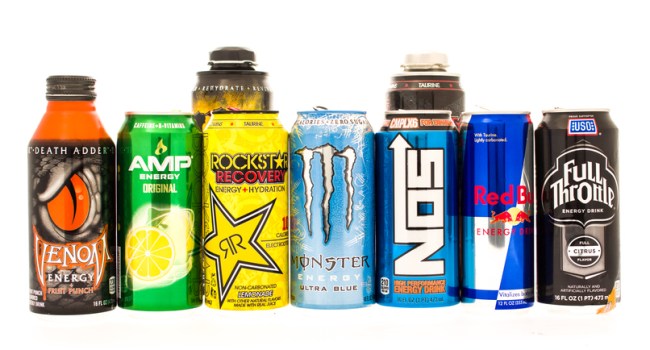 The threat of having a grenade or some other highly explosive device land smack dab in between your ass cheeks on any given night is enough to inspire anyone to stay awake as long as humanly possible. This is one of the main reasons that budget energy drinks have become so popular among soldiers of the U.S. military. Everyone is just trying to keep their eyes peeled for machete-wielding radicals that may want to lob off a soldier’s head on video and post it on their YouTube channel.

So, it goes without saying that teeth-grinding alertness is a hot commodity when stuck in the desert trenches of Iraq and Afghanistan protecting the agenda of the United States government. Nod off for a second, and it could spell curtains. However, this dependency to canned crack is apparently putting the squeeze on soldiers after they return home. A new study published in Military Medicine shows that post-war troops who consume these beverages in “excessive” amounts experience higher rates of PTSD, aggressive behavior, and other mental health disorders.

It was during a survey of more than 600 male Army infantry soldiers previously serving in a combat mission in Afghanistan that researchers began to uncover the wear and tear that soldiers endure as a result of an addiction to energy drinks. The study found that 75 percent of them consume these beverages, while 16 percent reported “two or more energy drinks per day in the post-deployment period.” It was this group in particular who were most likely to exhibit maniac symptoms. 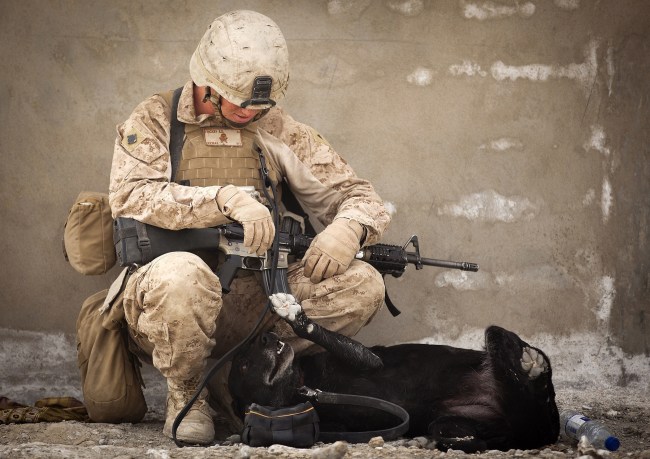 Meanwhile, soldiers who only consumed energy drinks on occasion (less than one per week) showed significantly lower levels of anger and fatigue.

The latest study is consistent with previous reports that show how military service members are eroding themselves thin by relying on energy drinks to combat sleeplessness. The Centers for Disease Control and Prevention issued a statement several years ago, saying that soldiers who consume three or more of these beverages “reported significantly greater sleep disruption because of combat stress, personal issues, and illness, but not because of external factors.” By all accounts, this means that some vets are setting themselves up for greater challenges as they try to adjust to a normal routine.

Military use of energy drinks is five times higher than what is consumed by civilian youth, according to the study. And the G.I. jones for the juice doesn’t usually end after they leave the treachery of battle. A lot of veterans continue to use Rip It in the comforts of their own homes because they can get them extremely cheap (between .50 cents and $1) at most Dollar Tree, Piggly Wiggly and Menards locations. But, as the study authors pointed out, continued use of these products is not necessarily providing any benefit. Rather than alleviating fatigue, in some cases, long-term use can have the opposite effect.

Lay off the speed drinks, fellas!