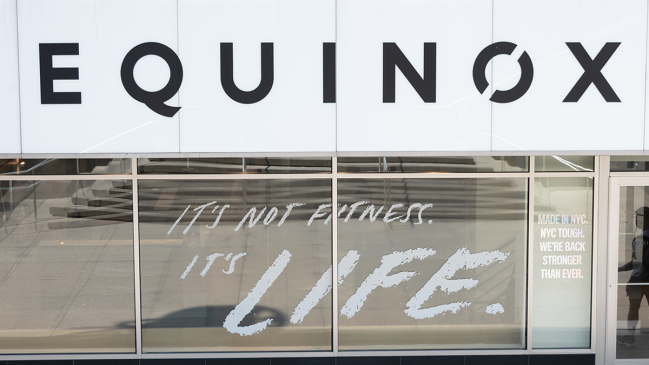 Many people traditionally commemorate the arrival of a new year by making some sort of pledge to better themselves after the clock strikes midnight on December 31st. Those resolutions can come in many shapes and forms, but they frequently involve a renewed focus on health, whether it involves cutting back on drinking, starting a new diet, or pledging to exercise more.

Most people who already hit the gym on a regular basis have learned to dread the arrival of New Year’s Day, as fitness centers tend to be overwhelmed by a deluge of new members who frequently display a glaring lack of general etiquette and an inability to properly use the machines and weights they end up hogging.

Of course, most gyms are more than happy to welcome those new enrollees knowing there’s a very, very good chance a solid chunk of them will eventually abandon their New Year’s resolutions and allow the building to return to a relative state of normalcy by the time January comes to an end.

However, Equinox apparently isn’t one of them.

Equinox opened its first location in New York City in 1991, and over the past few decades, it’s positioned itself as one of the more luxurious options for fitness aficionados who pay a premium for state-of-the-art equipment, classes, and ample amenities.

The comparatively hefty price tag Equinox charges is seemingly partially designed to ward away uncommitted Casuals with the potential to ruin the experience for its more dedicated gymgoers. However, it apparently wasn’t taking any chances based on a stunt it recently pulled that’s managed to generate a bit of backlash.

According to TMZ, Equinox ushered in the New Year by telling anyone who was hoping to sign up on the first day of 2023 that “We Don’t Speak January” in a statement informing aspiring members that the brand’s ethos would prevent it from allowing newcomers to enroll on January 1st.

Some people supported Equinox for taking the somewhat holier-than-thou stance, but plenty of others criticized the gym over the move.

Equinox with the cringiest flex in New Year’s history pic.twitter.com/3tifSmZvqZ

One of my biggest litmus tests for communities is their barriers for entry, and steps people and brands are taking to ease those barriers.

With this exclusionary and antiquated garbage, Equinox has failed the test. pic.twitter.com/OLWNzeLdOF

At the end of the day, this was an incredibly blatant marketing ploy that successfully generated the desired attention, so whether or not you agree with it, it’s pretty clear it worked as intended.