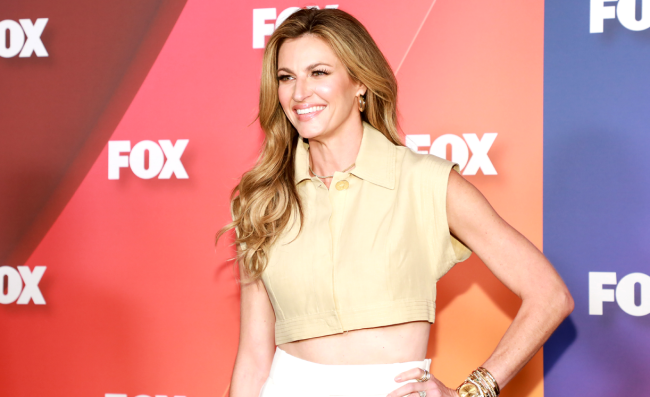 As we have seen time and time again, flying on an airplane somewhere is quite often a horrible experience.

While it is obviously the fastest way to get somewhere (if the flight isn’t delayed or canceled), you really are just rolling the dice any time you book a flight anywhere as to what level of annoyance and frustration you will have.

Unfortunately, some people simply don’t have a choice as having to fly is simply just a part of their job.

A perfect example of that is Erin Andrews’ job as a NFL sideline reporter. Traveling from one football game to another each week during the NFL season means a lot of time in the air. This means she has to deal with all of the pitfalls of flying on a regular basis, including having to deal with unruly and clueless airline passengers.

This week, during an episode of her Calm Down podcast with Charissa Thompson, Erin Andrews shared a story about how a family of airplane passengers who misbehaved so much that even she had to say something to them.

“Yes. Am I a travel snob? Absolutely. Because I constantly live on a plane,” Andrews began her tale. “But I’ll tell you another thing I am. I feel really, really bad for flight attendants. Because people who do not travel often treat them like s–t. They do.

Andrews continued, “But this family, I knew it from the second I laid eyes on them. They thought they were on a private jet.

“Here’s the next great thing that happens,” Andrews went on to share. “We have a medical emergency on the plane. They are trying to deal with that. They are putting the announcement on. Is anyone a doctor?

“These a–holes walking up and down the aisle, we’re spraying perfume… Finally, I just said, ‘You guys need to sit down. This is crazy.'”

“No, you didn’t!” Thompson interjected.

“I did,” Andrews replied, then added, “This came out of my mouth, ‘A mode of transportation. Have some respect.”

This is my PSA for flight attendants. Sit down and stay out of the aisles. It’s a “mode of transportation”. https://t.co/PlBISJDPp6

Andrews, for the most part, received the social media equivalent of a standing ovation for her rant.