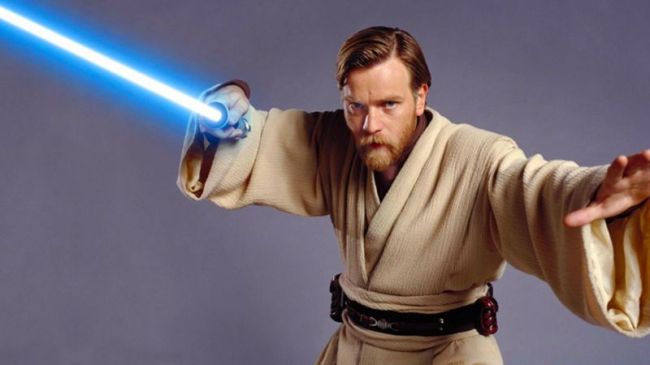 Of all the upcoming Star Wars series on Disney+ (of which there are many), the only one I’m most eagerly anticipating is the Ewan McGregor-starring Obi-Wan Kenobi miniseries, which is due out next year.

Featuring McGregor returning as the iconic Jedi master for the first time since 2005’s Star Wars: Revenge of the Sith, Obi-Wan Kenobi will be set 10-years after the events of that film and is already being described by Lucasfilm execs as “the rematch of the century”, as the series will pit Obi-Wan against Darth Vader once more.

Lucasfilm president Kathleen Kennedy says the battle between Obi-Wan Kenobi and Darth Vader in the upcoming Disney+ series will be "the rematch of the century" 💥🍿 pic.twitter.com/HEX4KfRg0h

With McGregor donning the Jedi robe for the first time in 15-years, the Scottish actor has obviously been asked about his first go-around in the Star Wars universe, and how he expects it to be different this time around.

As a result, in a recent interview with The Hollywood Report, McGregor gave a brutally honest answer when discussing the process of making the Star Wars prequels compared to filming Obi-Wan Kenobi, kinda sorta dunking on director George Lucas in the process.

But what began as a star fantasy evolved over a number of years into an actor’s nightmare. With each successive and underwhelming prequel release, director George Lucas employed more and more CGI, “because George loves technology and loves pushing into that realm,” McGregor explains. “He wanted more and more control over what we see in the background.” By Revenge of the Sith, physical sets and backdrops had almost entirely been replaced by bluescreens.

“After three or four months of that, it just gets really tedious — especially when the scenes are … I don’t want to be rude, but it’s not Shakespeare,” he continues. “There’s not something to dig into in the dialogue that can satisfy you when there’s no environment there. It was quite hard to do.” [via The Hollywood Reporter]

RELATED: Leaked Video From Set Of ‘Obi-Wan Kenobi’ Gives Fans Their First Look At The Series

Given McGregor’s comments, it’s obvious that he’s heading into Obi-Wan Kenobi with the sense that this is *finally* his chance to put forth the truly definitive version of the character, which is a promising prospect for all Star Wars fans.