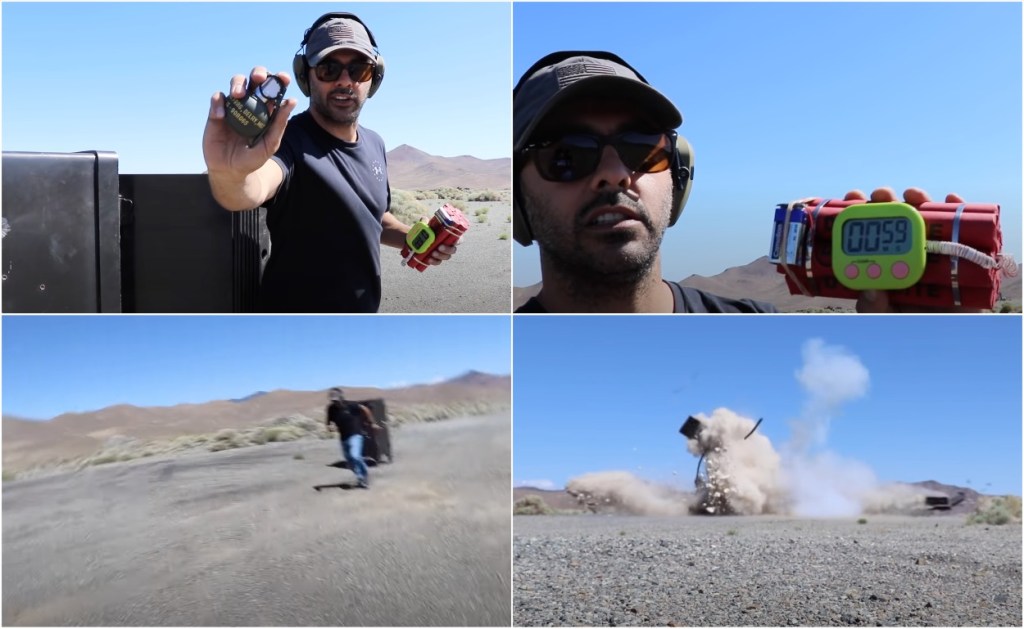 I’ve said it before and I’ll say it again: Edwin Sarkissian has one of the coolest jobs of anyone making a living via the Internet. He’s amassed over 3.63 million subscribers on YouTube mostly by shooting and blowing stuff up in the desert.

In his videos, we’ve seen Edwin Sarkissian shoot a car with a grenade-tipped arrow just like John Rambo. He’s taken AK-47’s to a propane tank to see how big of a fireball he can create. And a personal favorite of mine is the time he tested an M67 Frag Grenade against a bomb squad suit (video down below).

For his latest science experiment in the desert, Edwin Sarkissian is using an M67 Frag Grenade and a bundle of dynamite rigged with a 60-second timer. He’s putting them inside of a 100-year-old safe to see how strong that safe is and how big the explosion will be. I expected a big blast but not one this massive:

Here’s that M67 Frag Grenade vs. Bomb Suit video I mentioned above. The gist here is that he wanted to test just how protective the extremely expensive suits are that a member of a bomb squad might be wearing. These results are actually pretty fascinating so buckle up:

Does anyone want to go in on a desert property with me and an arsenal of weapons so we can start living the dream like Edwin? I didn’t fulfill my explosion fix on the 4th of July this year and I need more. Lots more. It’s high time for me to drive out to the middle of nowhere and just make some massive explosions.