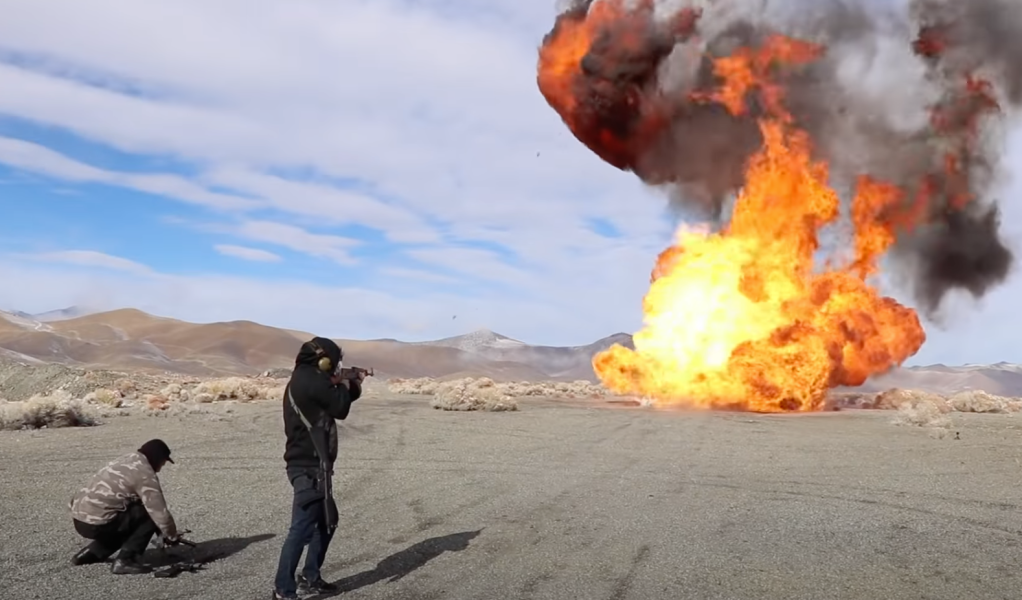 I was today years old when I realized that I want to fire an AK-47 at some propane tanks in the desert and create a gargantuan fireball because this clip below looked insanely fun. YouTuber Edwin Sarkissian really has an insanely fun life where he gets to conduct outrageous experiments out in the desert and blast them out to his millions of subscribers on YouTube. I’m quite jealous of the fun they had making this latest clip.

Everyone knows that propane tanks must be treated with caution. They contain highly flammable gas that can create an enormous fire in an instant when it’s exposed to a spark. It was barely a month ago that a fire on a highway in NYC erupted when 300 propane tanks exploded during a truck crash.

I’ve never stopped to think about what would happen if you fired an AK-47 at a propane tank because the answer always seemed obvious to me: you would get a massive fire. And this experiment seems like it would’ve been off-limits for MythBusters back in the day because it was too gratuitous with explosions. And that’s precisely why YouTube is so incredible. They don’t have to run this idea by TV network heads. They can just get some AK’s and propane tanks then head out into the desert for some fun.

They fire the AK’s at the propane tanks simultaneously while also firing a few other guns at them throughout the clip. Enjoy today’s moment of Zen:

Since I know that Edwin’s a BroBible reader, I’d love to hear in the comments if you guys have any ideas on what he should blow up next. You can throw your answers down below in the new comment system which we just launched here on the website.