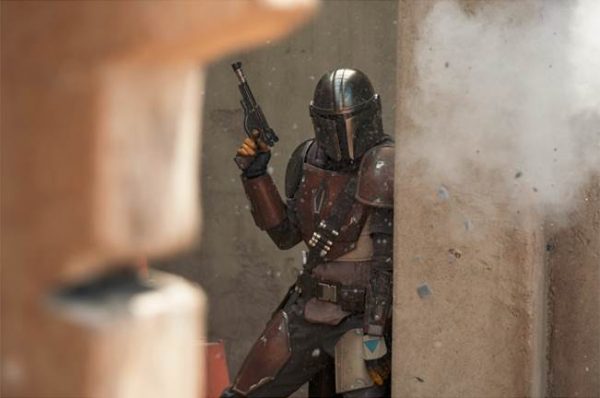 According to an exclusive report Collider, Sam Hargrave — who directed the thrilling Netflix action hit Extraction — served as the second-unit director on season two of The Mandalorian.

Hargrave’s involvement in The Mandalorian further ups the ante for the widely-acclaimed series, as the director has served as either a second unit director or stuntman on films such as Atomic Blonde, Suicide Squad, Deadpool 2, Avengers: Infinity War, and Avengers: Endgame.

If you’ve seen Extraction (currently streaming on Netflix), it’s abundantly clear that Hargrave is an exciting talent in the space, as the Chris Hemsworth-starring blockbuster was covered head-to-toe in supremely stylish action sequences.

Hargrave was quite candid in his comments about The Mandalorian and his role as a second unit director tasked with putting his knowledge on crafting superlative action sequences to good use for the show. But before we could get into the finer points of Hargrave’s involvement, we had to know: How did this opportunity come about?

“They actually came to me,” Hargrave revealed. “It’s crazy. I was in the middle of post [-production on Extraction] and I’m editing my movie and I got a call from my buddy Colin Wilson, one of the line producers, who said, ‘Jon [Favreau] and the people over here are looking for someone to bring into the team or add to the family who has experience with action.’ The team that was there did a great job in the first season and it was just all fun. But they wanted to build on that and bring a new perspective and take it to another level for the next season. So, I was like, ‘That sounds like a fun challenge.’”

Hargrave continued, “I like the people over there — Favreau’s great — so I went over and it was a really fascinating adventure. They have a crazy way of shooting. Some of the stuff is traditionally shot, with the live-action and blue screen on the backlot, but they’ve also got this technology called ‘The Volume’ where it’s just, like, the inside of a live game engine. It’s quite insane what technology nowadays is available to filmmakers. It was really eye-opening, the potential of this technology that Jon and the guys had been working on. It was a really fun learning experience.” [via Collider]

Hargrave isn’t the only fresh talent joining The Mandalorian for the upcoming second season, as Rosario Dawson is set to appear as Ahsako Tano, while Timothy Olyphant is signed on to appear as Cobb Vanth (we think).  As for behind-the-camera talent, season two is set to feature directorial work from Robert Rodriguez, Peyton Reed, Rick Famuyiwa, Jon Favreau, Dave Filoni, and Carl Weathers.

At this time, season two of The Mandalorian is set to premiere on Disney+ in October.