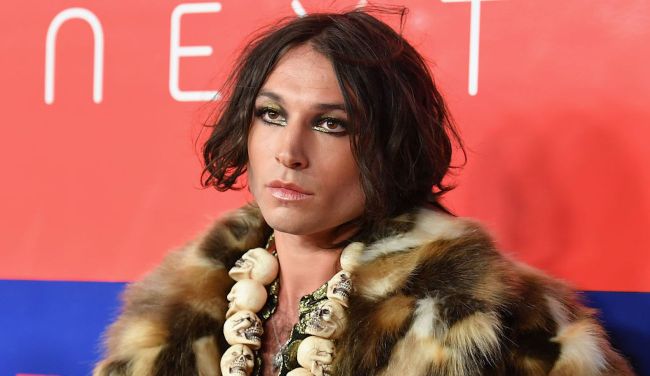 Actor Ezra Miller — who authorities reportedly cannot “locate or serve” amidst allegations of grooming and “cult-like behavior” — is at the center of yet another legal issue as a Massachusettes mother and her 12-year-old child were granted a temporary harassment prevention order against Miller on Wednesday, according to The Daily Beast.

According to reports, the family alleges that “the actor menaced their family one evening in their downstairs neighbor’s home and acted inappropriately toward the nonbinary youngster.”

The order of protection against Miller comes as the family of Tokata Iron Eyes alleges that the actor — who made Tokata when they were 12 — used “violence, intimidation, threat of violence, fear, paranoia, delusions, and drugs to hold sway over a young adolescent Tokata.”

In this latest series of allegations, the Massachusettes family alleges that an armed Miller — who was reportedly wearing a bulletproof vest — began “uncomfortably hugging and touching the hips” of the then 11-year-old child, saying that “they’re an elevated being, and they would be lucky to have someone like me guide them.”

Miller then came back to the child and allegedly began pestering them with compliments—at one point moving their chair closer to them, uncomfortably hugging them and touching their hips, requesting that they add the actor on Instagram, and telling the child—who expressed their interest in horses—that they would acquire several horses and the child could help them care for the herd on their Vermont farm.

“They automatically were just weirdly drawn to me and kept talking about how they love my outfit and love my style, and kept going on and on about how it was great,” the child remembers. “It was really uncomfortable. I was really nervous. I was scared to be around them after he’d yelled at my mother and she was crying.”

The mother and visiting neighbor both believe that Miller may have been “under the influence” due to their dilated pupils and erratic behavior. Miller apologized for the outburst before returning to the home on June 4, dressed as a cowboy, without incident. Ever since the Tokata Iron Eyes news broke, however, they haven’t seen or heard from them since. [via The Daily Beast]

The allegations in The Daily Beast‘s report are similar to those brought on by the family of Tokata Iron Eyes, who claim that Miller used “cult-like behavior” in order to gain control over their child. Furthermore, The Daily Beast says Miller’s reps could not be reached for comment.