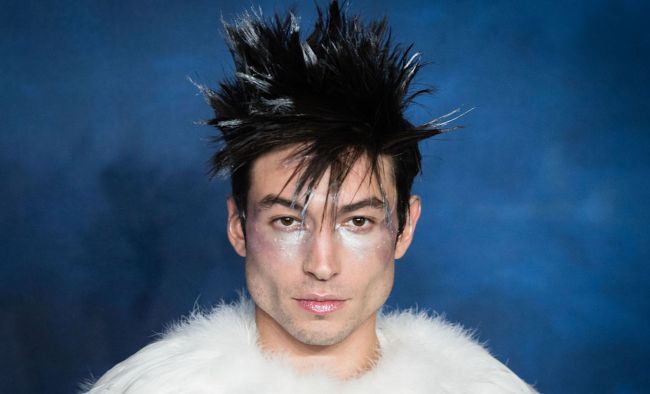 The ongoing situation surrounding actor Ezra Miller has taken yet another strange turn, as reports indicate that authorities cannot locate the 29-year-old amidst allegations of grooming a minor, kidnapping, and cult-like behavior.

Last week, we brought you the story of Miller being accused of grooming a minor — indigenous teen Tokata Iron Eyes, who is now a legal adult — and giving them drugs and alcohol, according to the alleged victim’s parents.

Additionally, Chase Iron Eyes and Sara Jumping Eagle, the parents of Tokata Iron Eyes, say that accuse the actor of “cult-like and psychologically manipulative, controlling behavior.” According to KTLA, despite being 18, tribal law says they are still Tokata’s legal guardians.

Tokata’s parents also allege “sexual predatory behavior” and claim that Miller is using multiple social media accounts “to threaten and gaslight any victims and truth from coming out.”

Tokata took to Instagram, issuing a statement to “acknowledge the tragedy that is the narrative of the general public and the assumptions made on my behalf by my family and friends regarding my stability and otherwise.”

Tokata’s mother says that Tokota has not had a phone in some time and believes Miller crafted the statement on their behalf. [via KTLA]

The actor’s alleged behavior with Tokata Iron Eyes has been labeled as “kidnapping” by some, as New York Magazine published an article on Vulture titled “Ezra Miller Kidnapping, Controversy Allegations: A Timeline”.

Speaking to the Los Angeles Times, Iron Eyes’ father says he has “no idea” where Miller and his daughter are —  “[we] have no idea of knowing where Tokata and Ezra are to gain help from other jurisdictions,” Chase Iron Eyes said — and that the court “cannot locate or serve” the actor.