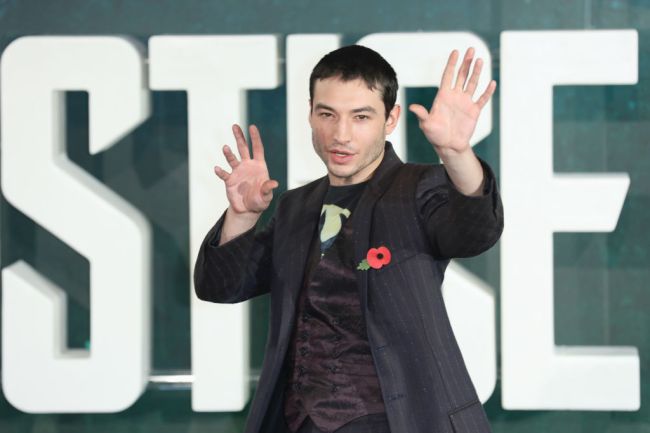 Ezra Miller has been accused of supplying a minor with alcohol, marijuana, and LSD, according to a new report from TMZ.

The individual’s parents allege that the Justice League and Fantastic Beastactor “used violence, intimidation, threat of violence, fear, paranoia, delusions, & drugs to hold sway over an adolescent Tokata.” The parents of the alleged victim are now asking the court to issue an order of protection against Miller on behalf of their daughter.

According to legal documents obtained by TMZ, “Tokata Iron Eyes met a then-23-year-old Miller in 2016 — when she was just 12 — and the actor was visiting the Standing Rock Reservation in North Dakota. From there, Tokata’s parents say she and Ezra developed a friendship they believe puts Tokata at risk.

Tokata’s parents say Miller flew her to London in 2017 to visit the studio where Fantastic Beasts and Where to Find Them was filmed, as she was a big fan and Miller was a star in the movie. At the time of the trip, they say Tokata was 14 and Ezra was 25.

As the friendship continued, Tokata’s parents claim Ezra supplied their underage daughter with alcohol, marijuana and LSD. The parents say they flew to Miller’s Vermont home in January to get their daughter and discovered she didn’t have her driver’s license, car keys, bank card and other items needed to navigate life independently. They say they also found bruises on Tokata’s body which they allege Ezra caused. [via TMZ]

These allegations are just the latest in a string of incidents surrounding Miller, who has been arrested multiple times so far this year.

In late March, Miller was arrested and charged with disorderly conduct and harassment after an alleged altercation with fellow patrons at a local Hawaiian karaoke bar. Then, in April, Miller was taken into custody for second-degree assault after they allegedly threw a chair and hit someone in the head after they were told to leave a private get-together.

Despite the controversy surrounding Miller, a recent report indicated that Warner Bros. currently has no plans to recast their role in The Flash as it would be too expensive of an undertaking, as they’d essentially have to reshoot the entire film. At this time, The Flash is scheduled to hit theaters in June 2023.