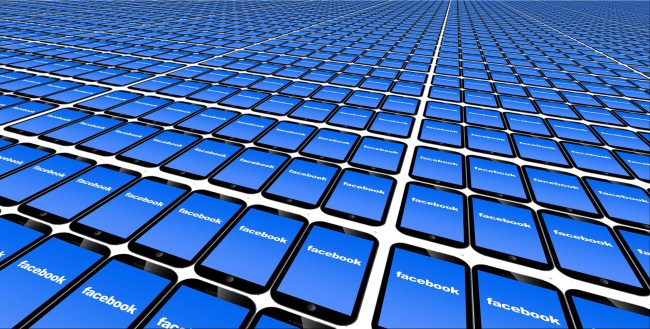 Senator Elizabeth Warren recently revealed that a part of her platform in her bid to become the 46th President of the United States in 2020 is that she wants to break up Big Tech companies like Google, Amazon and Facebook.

Writing in a blog post on Medium, Warren explained why she sees this as a good move for America…

In the 1990s, Microsoft — the tech giant of its time — was trying to parlay its dominance in computer operating systems into dominance in the new area of web browsing. The federal government sued Microsoft for violating anti-monopoly laws and eventually reached a settlement. The government’s antitrust case against Microsoft helped clear a path for Internet companies like Google and Facebook to emerge.

The story demonstrates why promoting competition is so important: it allows new, groundbreaking companies to grow and thrive — which pushes everyone in the marketplace to offer better products and services. Aren’t we all glad that now we have the option of using Google instead of being stuck with Bing?

Today’s big tech companies have too much power — too much power over our economy, our society, and our democracy. They’ve bulldozed competition, used our private information for profit, and tilted the playing field against everyone else. And in the process, they have hurt small businesses and stifled innovation.

Facebook, Amazon, and Google have vast power over our economy and democracy. They’ve bulldozed competition and tilted the playing field in their favor. Time to break up these companies so they don’t have so much power over everyone else. #BreakUpBigTech https://t.co/2rWT0wJ8vD

BTW, yes, I am very glad we aren’t stuck with Bing.

As these companies have grown larger and more powerful, they have used their resources and control over the way we use the Internet to squash small businesses and innovation, and substitute their own financial interests for the broader interests of the American people.

Venture capitalists are now hesitant to fund new startups to compete with these big tech companies because it’s so easy for the big companies to either snap up growing competitors or drive them out of business. The number of tech startups has slumped, there are fewer high-growth young firms typical of the tech industry, and first financing rounds for tech startups have declined 22% since 2012

With fewer competitors entering the market, the big tech companies do not have to compete as aggressively in key areas like protecting our privacy. And some of these companies have grown so powerful that they can bully cities and states into showering them with massive taxpayer handouts in exchange for doing business, and can act — in the words of Mark Zuckerberg — “more like a government than a traditional company.”

Someone really does need to take that Zuckerberg character down a peg or two.

As a part of her campaign and because even she knows it’s still one of the best ways to get a message out to the public, and because, really, it’s the perfect place to do so, Warren ran over a dozen ads on Facebook expressing her message about breaking up tech giants like Facebook, Google and Amazon.

The ads, which had identical images and text, touted Warren’s recently announced plan to unwind “anti-competitive” tech mergers, including Facebook’s acquisition of WhatsApp and Instagram.

“Three companies have vast power over our economy and our democracy. Facebook, Amazon, and Google,” read the ads, which Warren’s campaign had placed Friday. “We all use them. But in their rise to power, they’ve bulldozed competition, used our private information for profit, and tilted the playing field in their favor.”

A message on the three ads said: “This ad was taken down because it goes against Facebook’s advertising policies.”

A Facebook spokesperson later said the ads were being reinstated and they were banned because “they violated our policies against use of our corporate logo. In the interest of allowing robust debate, we are restoring the ads.”

Curious why I think FB has too much power? Let's start with their ability to shut down a debate over whether FB has too much power. Thanks for restoring my posts. But I want a social media marketplace that isn't dominated by a single censor. #BreakUpBigTech https://t.co/UPS6dozOxn

You shouldn't have to contact Facebook's publicists in order for them to decide to "allow robust debate" about Facebook. They shouldn’t have that much power. https://t.co/yPi57RHozf