Facebook Allowed 150 Companies To Read And Delete Your Private Messages Including Amazon, Apple, Netflix And Spotify 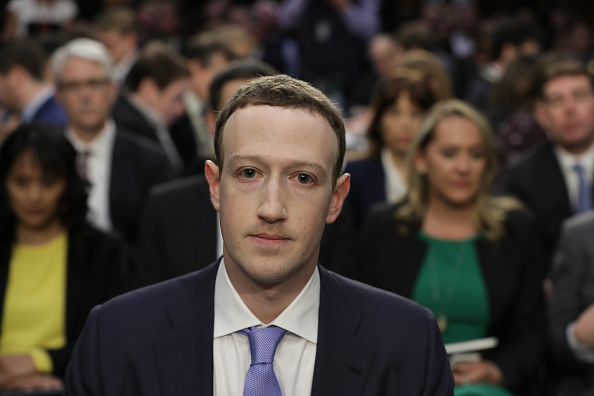 Facebook gave access to users’ private messages and personal information on the social network to 150 companies according to a bombshell report in the New York Times. Some of the world’s largest tech companies such as Amazon, Apple, Bing, Microsoft, Netflix, Sony, Spotify, and Yahoo could read and even delete private messages without you giving consent or even knowing.

Facebook has found themselves involved in yet another privacy debacle after the scorching report found that Facebook’s data-sharing “business partnerships” shared and traded user data with other tech giants. Among the 150 companies that had “intrusive access” to your private messages was Russian search engine Yandex and the Royal Bank of Canada. Facebook granted this invasive access as far back as 2010 and all of the firms still could acquire your personal info as late as 2017, some even still had access today.

Applications from companies ranging from online retailers, entertainment sites, automakers, and media organizations stole data of hundreds of millions of people a month. Reportedly, Spotify could see messages of more than 70 million users a month and still offers the option to share music through Facebook Messenger. Companies such as Microsoft could view the names of nearly all of a user’s Facebook friends without their consent according to the internal documents. The “partnerships” provided Facebook with more users while allowing companies to add new features to their extensions while avoiding Facebook’s privacy rules.

The Facebook tool called “People You May Know” debuted in 2008 and provided friend recommendations for users including suggesting friending “patients of the same psychiatrist, estranged family members, and a harasser and his victim.” “Facebook, in turn, used contact lists from the partners, including Amazon, Yahoo and the Chinese company Huawei — which has been flagged as a security threat by American intelligence officials — to gain deeper insight into people’s relationships and suggest more connections, the records show.”

Facebook allegedly gave Apple the abilities to see a Facebook user’s contacts and calendar entries even if the user disabled all data sharing. “The only common theme is that they are partnerships that would benefit the company in terms of development or growth into an area that they otherwise could not get access to,” Ashkan Soltani, former chief technologist at the Federal Trade Commission told the NYT.

“This is just giving third parties permission to harvest data without you being informed of it or giving consent to it,” said David Vladeck, who formerly ran the FTC’s consumer protection bureau. “I don’t understand how this unconsented-to data harvesting can at all be justified under the consent decree.” Vladeck noted that the data-sharing probably violated the 2011 consent decree.

Interesting. It seems back in September, when Sheryl Sandberg testified in the Senate, Sen. @RonWyden had many VERY specific questions about Facebook's "partnership" agreements that almost everyone missed. https://t.co/CWbYklTeBJ pic.twitter.com/rFrc9aPgea

In the summer of 2017, I asked Facebook if it used signals from "third parties such as data brokers" for friend recommendations. Kicking myself for not recognizing the evasion in their answer.

2 What the NYT found out about PYMK in internal FB docs pic.twitter.com/Sv2kwqsJ6u

Facebook has denied that they provided other companies with personal information of its 2.2. billion users against their will. “None of these partnerships or features gave companies access to information without people’s permission, nor did they violate our 2012 settlement with the FTC,” wrote Konstantinos Papamiltiadis, Facebook’s director of developer platforms and programs, in a Facebook blog post titled “Let’s Clear Up a Few Things About Facebook’s Partners.” Facebook’s director of privacy and public policy, Steve Satterfield, said that its partners “don’t get to ignore people’s privacy settings.”

Netflix statement on NYT report: "At no time did we access people’s private messages on Facebook, or ask for the ability to do so.”