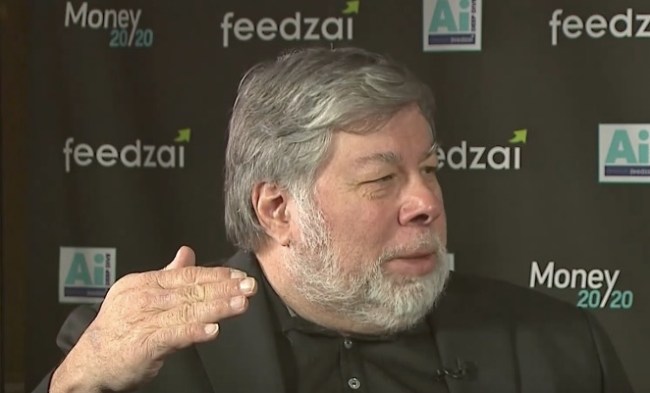 Steve Wozniak, the co-founder of Apple, deleted his Facebook account and even blasted the social media giant on Sunday. In an email interview with USA Today, Wozniak slammed Facebook for their privacy scandals and mining users’ data while also boasting how Apple respects their customers’ personal information.

“Users provide every detail of their life to Facebook and … Facebook makes a lot of advertising money off this,” Wozniak wrote. “The profits are all based on the user’s info, but the users get none of the profits back.” Wozniak then slipped in a slick ad for his own company, “Apple makes its money off of good products, not off of you. As they say, with Facebook, you are the product.”

After the recent Facebook privacy scandal, Wozniak started deleting categories for ads on the social network and was “surprised” how many he had to remove one-by-one. “I did not feel that this is what people want done to them,” wrote Wozniak. “Ads and spam are bad things these days and there are no controls over them. Or transparency.” “Facebook brought me more negatives than positives,” Wozniak wrote. The Silicon Valley legend still uses social media such as Twitter, but he will no longer use Facebook.

Facebook CEO Mark Zuckerberg is scheduled to meet with members of Congress privately on Monday and then testify before Congress on Tuesday in the wake of the scandal involving Cambridge Analytica. Facebook admitted that the political data analytics company was able to gain access to personal data of at least 87 million Facebook users. Last week, Facebook revealed that most of its 2 billion users may have had their personal data scraped.

Wozniak joins the #DeleteFacebook movement that includes fellow tech leader Brian Acton. Last month, the WhatsApp co-founder announced that he had deleted his Facebook account. This was especially eye-opening since Acton was a member of Facebook’s board. Check out all of the latest news about Facebook HERE.