People React To Facebook Changing Its Name To Meta 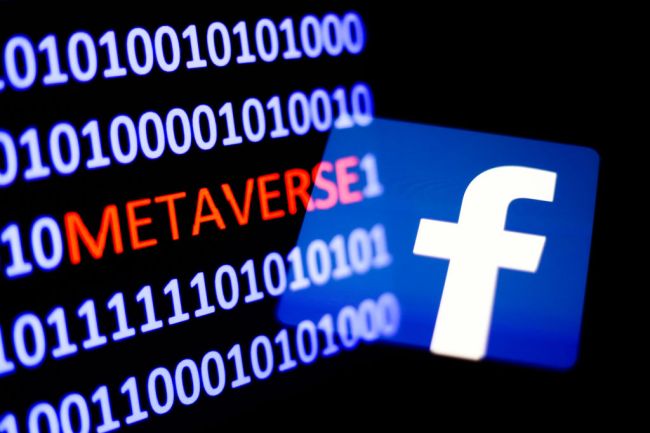 A week ago it was reported that Facebook was set to undergo a rebrand and introduce a new name, and on Thursday, the company announced just that. Facebook will now be known as Meta.

Mark Zuckerberg, the co-founder and chairman of Facebook, announced the new name during a virtual keynote for the company’s Connect event.

Why the change, you ask. Because Zuckerberg and the social media giant is heavily investing its future into the ‘metaverse.’ So, changing the name to Meta makes sense.

Announcing @Meta — the Facebook company’s new name. Meta is helping to build the metaverse, a place where we’ll play and connect in 3D. Welcome to the next chapter of social connection. pic.twitter.com/ywSJPLsCoD

Facebook CEO Mark Zuckerberg explains his “Metaverse” virtual world concept, which he says is about “connecting with people.” pic.twitter.com/24YZk5ag5J

Facebook is positioning the name as more reflective of its future ambitions to evolve from social network to metaverse company. Zuckerberg still has yet to clearly define exactly what being a “metaverse company” means for its main platform and users, but augmented and virtual reality are central to the vision, according to Yahoo.

Metaverse, he said, is the new way. Zuckerberg, who is a fan of classics, explained that the word “meta” comes from the Greek word “beyond.”

The name change comes at a very interesting time seeing as how just weeks ago many internal documents were collected and shared by a former employee turned whistleblower.

It’s also worth noting that Facebook was down for an extended period of time less than 24 hours after ’60 Minutes’ aired an eye-opening interview with the whistleblower.

As for Facebook’s name change to ‘Meta,’ folks on social media had some hysterical reactions:

How to fix a company: simply change your name#Facebook #Meta pic.twitter.com/3fVL1vHeUR

REPORT: FACEBOOK CONSIDERED CHANGING NAME TO "THE META", BUT JUSTIN TIMBERLAKE ADVISED THEM TO JUST GO WITH "META". MUCH CLEANER. pic.twitter.com/FHVu7JiIRd