Feast Your Eyes On The Most Pathetic, Hilarious Failed Robbery Attempt In History 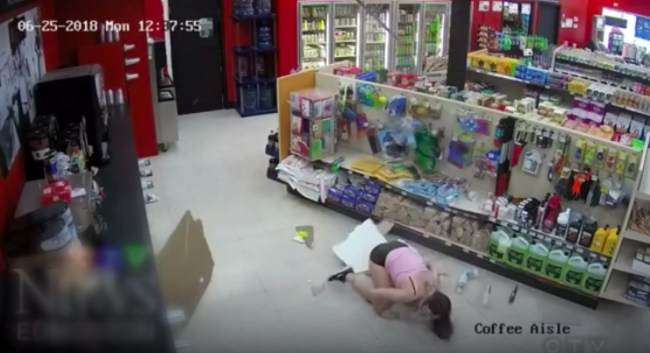 Sit down, buckle up, and grab some buttered popcorn because what we have for you today is the most pathetic failed criminal attempt in the history of criminals and mini-marts.

A man and a woman in their late 20s entered King Street Reddi Mart in Spruce Grove, Alberta, Canada on Monday afternoon and tried purchasing a can of coke. The clerk became suspicious that the pair were using a stolen credit card when it was declined several times, so he phoned the police.

Spruce Grove Royal Canadian Mounted Police responded to the Reddi Mart around 1:17 p.m. That’s when things heated up. This is a must watch, especially with some genius throwing the SpongeBob music over it.

Try to let this gif play less than 10 times. You can’t.