You Can Now Pay A Company To Fake A Vacation For Your Instagram, Marking The End Of Culture 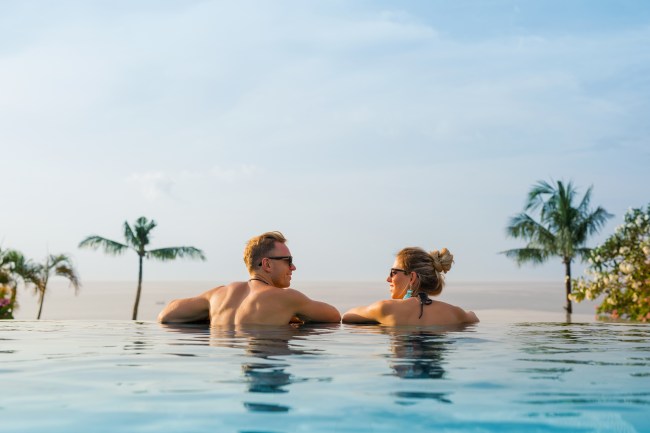 Fake it till you make it, they say. Which is why we all claim to be proficient in Microsoft Excel on our resumes. This lie is easily defendable.

Faking going on a flashy vacation to chase clout and breed envy among your social media followers is a bit more head-scratching.

According to a study by Jetcost released last week of 4,000 Americans, 14% of respondents lied to others about the nature of their vacations. Ten percent of that pool went so far as to post a fake photo on social media. That’s 56 people who are so attention-hungry, they’ll shamelessly post a fake photo to gain clout.

This data has created a market for Fake A Vacation, a Nevada-based photo-editing service that superimposes your images in places you’ve never been so that others think you’re cool or well-traveled or not pathetic.

Customers order their photo packages online; once it’s processed, they receive a link to send in photos. Fake A Vacation staff will suggest attire to wear in the pictures, which are then superimposed onto other backgrounds. Packages start at $19 and are processed within three business days.

Every photo is sent to an editor (the first one costs $3.99; every photo thereafter costs $7.99), who does the work requested by the customer. The final product is then reviewed by Krome staff to make sure nothing violates copyright. [via]

Tom Eda, who leads marketing and support for Fake A Vacation, told the New York Post why people feel compelled to lie about such a trivial thing.

“They fake it … sometimes because the actual vacation is too expensive, so they plan this way or sometimes they do it to get others envious.”

Here are a couple testimonials from the Fake A Vacation website:

Shekhar said: “Used Fake A Vacation to fake my pictures. Got 58 likes on the picture I shared on FB. Was able to spoof a lot of my friends and they believed it.”

Justin said: “All my friends were going on vacation and it looked like my life is pathetic.”

How many clouds do I have to yell at to rid the world of this shit?